The court allowed detention of the former Chairman of NEURC – Sytnyk 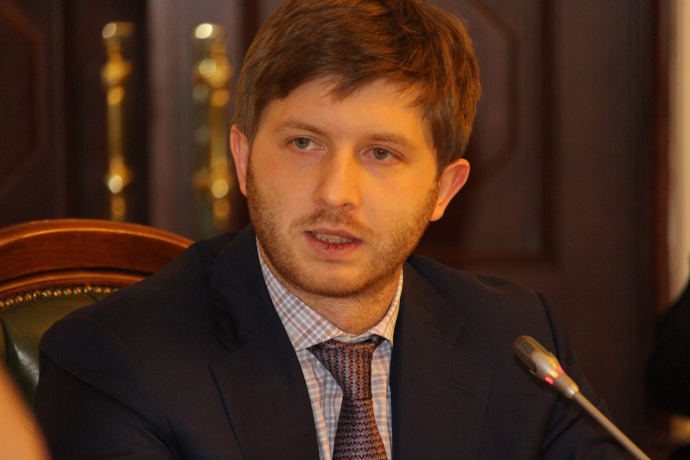 Vovk's lawyer could not confirm this information

"As of today, there is a court order granting detention," the NABU Director said.

Sytnyk explained that when it comes to international search, the issues of detention and of arrest are raised separately.
The NABU Director also added that, according to anti-corruption authorities, Vovk is currently abroad, and a court decision is required to launch the international search procedure.

Vovk's lawyer Iryna Odynets could not confirm this information. "I have no information on this matter," she said in a comment to Ukrainian Energy.

"We have not yet received a court decision. After receiving and studying it we will make a decision on further defense", Vovk commented on Sytnyk’s statement.

Vovk accused NABU of detectives “going to court after their overwhelming defeat and getting the decisions they need “on the quiet” and without legal opponents.”

It is to be recalled that in August the NABU detectives served charge papers on six persons involved in Rotterdam+ case, including Dmytro Vovk. Vovk stated that the investigation was of political nature and refused to come to Ukraine for questioning.

The Rotterdam+ case has been investigated in the bureau since 2017 together with prosecutors of the Specialized Anti-Corruption Prosecutor's Office (SAPO) and staff of the Security Service of Ukraine (SBU). Detectives suspect that since 2015, the private power generation company of thermal power plants has been putting pressure on NEURC in order for the Commission to include in the TPP electricity tariff the costs of delivery and transshipment of coal to Ukraine from ports in Europe.

In 2016, NEURC adopted a resolution on the calculation of the wholesale market price (WMP) of electricity, in which it decided to use API2+delivery index for the calculation of coal prices for TPPs (average cost of coal at the port of Rotterdam for the last 12 months plus the cost of its delivery to Ukraine). This calculation was called Rotterdam+.

Since July 2019, the Rotterdam+ formula has not been applied in Ukraine. However, detectives believe that it has caused damage to businesses and consumers to the amount of almost UAH 19 billion.

Similar
Disproportion between intraday and balancing electricity markets may indicate anticompetitive actions
08 August 20191893
DiXi Group: the new law on the NEURC defines the regulator’s status not clearly enough
20 December 2019722
A Dixi Group expert: the lowering of power grid connection fees will be felt by large players only
28 November 2019821
A Dixi Group expert: how new members of NEURC will be appointed
30 October 20191613
Popular: Investigation
From whom gas can be bought. Sellers were imposed on Ukrainians, although the law allows electing them
20 March 201820508