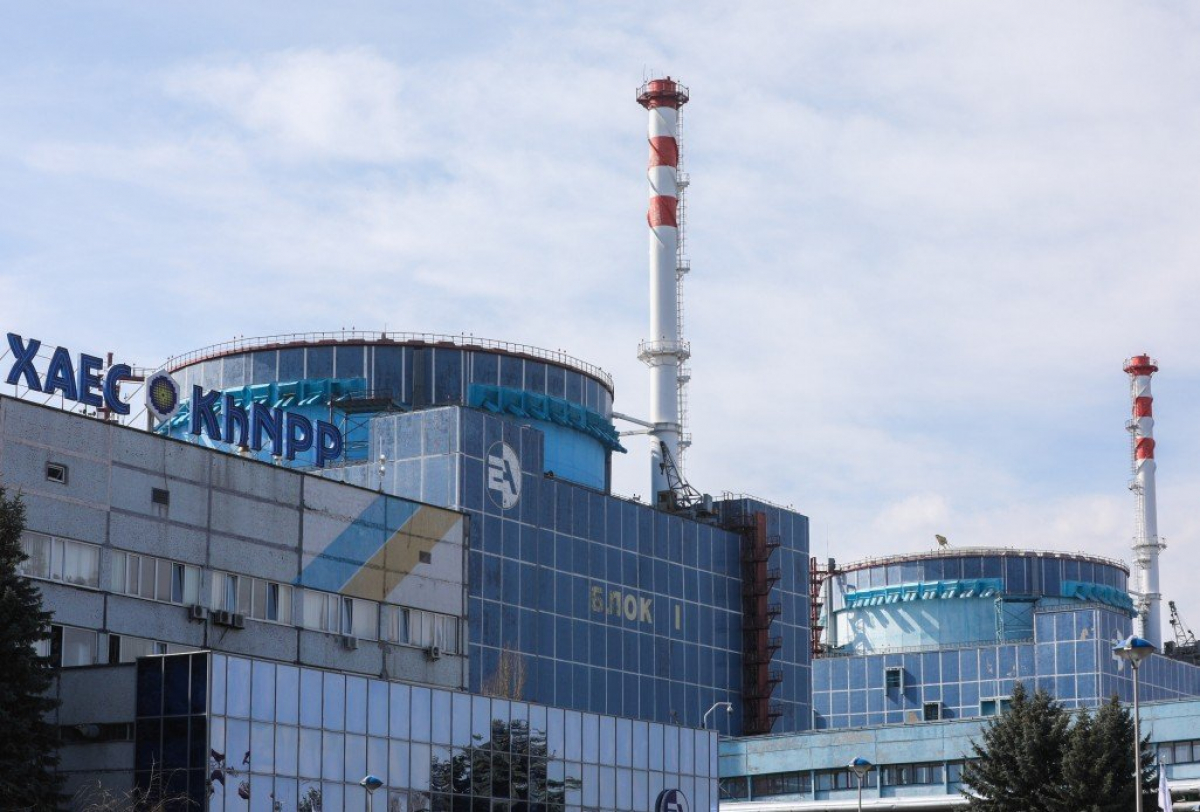 The current Minister of Energy and Coal Industry, Ihor Nasalyk, – it was under his signature that the tender for the selection of a partner for the implementation of “energy bridge” project and the appointment of successful tenderer took place – took the side of the first one. At his probably farewell press conference, the minister recalled that the “energy bridge” was a future source of financing for the two new nuclear power units.

The president's envoy in the government, Andrii Herus, took the side of "Ukrenergo". He loudly and firmly declared: there will be no energy bridge. And we are already about to believe it: in the coming weeks, the composition of the Cabinet of Ministers will be renewed, and there will also be changes in energy policy.

At the same time, negotiations with the partner who will undertake the implementation of the project, are scheduled for 2 September 2019 – the last days of the current government term. The beginning of this process will show what the “energy bridge” will become for Ukraine: a window into energy independence or another neverending project that will never come into fruition.

Ukrainian Energy closely monitored the developments and analyzed the positions of all parties involved.

The implementation of "energy bridge" project is conceived in the form of a public-private partnership – one of the available ways of attracting an investor for the implementation of large-scale infrastructure projects. Ukraine Power Bridge Company Limited (UPBCL, a consortium consisting of Westinghouse Electric Sweden AB, Poland's Polenergia International S.àr.l., France's EDF Trading Limited, and Hungary's MVM) won in the competition for the selection of a partner. The competition began in January 2019, and the winner was announced just days later – on 9 August.

What is known about this consortium and its participants?

Ukraine Power Bridge Company Limited was established specifically for the competition of the Ministry of Energy and Coal Industry – the company was incorporated in Ireland in February 2019. Actually, only this consortium was admitted to the competition. However, this is not the only story where only one participant remained in the ministry's competition in a mysterious way.

American Westinghouse is a long-standing and well-known partner of Energoatom, through which Ukraine has been able to diversify the supply of nuclear fuel to its nuclear power plants. The company has expressed interest in the modernization of power units. And, without waiting for the start of negotiations with the government, it has already started this project jointly with SE “NNEGC “Energoatom”.

“The work on increasing the nominal capacity of SUNPP-3 unit, which is now 1000 MW, has already begun. The core of this unit is fully loaded with Westinghouse's fuel, which allows a priori to increase capacity by 7%, and this is only at the reactor plant. In total, by implementing the measures of turbine island efficiency increase program, we expect to increase the capacity by up to 10%. That is, to add 70 to 100 MW of electric power by increasing the reactor capacity and measures to improve the thermal cycle efficiency,” Energoatom President, Yurii Nedashkovskyi, said.

The same fate awaits five more units: the second one of South Ukrainian NPP, as well as the first, third, fourth and fifth ones of Zaporizhzhia NPP.

The second member is the French state-owned company Électricité de France, 87% of which is owned by the French government. EDF is the largest operator of nuclear power plants in the world, operating eighteen NPPs in France. Another consortium member, also nuclear power plants operator, is 100% state-owned Hungary’s MVM. Their role in building the "energy bridge" is still unknown.

If there are no questions for the first three members, then the PLand’s Polenergia International S.àr.l. became the object of criticism. This Poland's company is a wholly privately owned entity engaged in renewable energy and electricity trading. It is Polenergia International S.àr.l. that will sell Ukrainian nuclear power for 20 years to European markets and is likely to become the largest beneficiary of the consortium.

"Historically, the segmentation of Ukraine's energy system has either led to the profit of individual players (exports from Burshtyn TPP in the eponymous "power island") or to security threats (no alternative to Luhansk TPP operating in “island” mode due to combat operations and dependent on coal supply from the Russian Federation),” Roman Nitsovych, DiXi Group expert, commented.

So, now we have a precedent when not only a single player but also a foreign company can make money on the Ukrainian nuclear generation.

Why do we need “energy bridge”?

It's quite simple: funds are needed to build new nuclear facilities.

The youngest Ukrainian nuclear power plant, Khmelnytskyi NPP, began to produce its first kilowatts in 1987, operating one of four planned units. The second power unit appeared only in 2004, and two more remained under construction with 75% and 28% readiness respectively.

The fate of these units has been dealt with by the Verkhovna Rada of the VI convocation at the end of its cadence: In September 2012, the MPs approved the law "On the Placement, Design and Construction of Power Units No. 3 and No. 4 of Khmelnytskyi Nuclear Power Plant." At that time, it was planned that 80% of the funds would be borrowed by means of a loan from the Russian Federation, and another 20% would be financed from the tariff for electricity generation.

Within two years, no progress was made in the implementation of the project, so in 2014, after the Russian aggression began, Energoatom refused Rosatom's services. And in another year – in June 2015 – Arsenii Yatseniuk's government came up with a new idea about source of financing Ukraine's new nuclear facilities by proposing an "energy bridge" with Europe.

The essence of the project is to "sacrifice" one KkNPP unit for the sake of two new ones.

Khmelnytskyi NPP Unit 2 will be removed from Ukraine's unified energy system and connected directly for export to EU countries. The 450m long 750 kV transmission line will serve as the “energy bridge connecting Khmelnytskyi NPP with Videlka substation near Rzeszow, Poland. Although it has not been in operation since the early 1990s, Energoatom assures that the line has been preserved to this day without breaks and significant damage. It will take up to 18 months to put it into operation.

"Since then, the line, which has cost the country more than EUR 500 million at current prices, remains disconnected and is not being used. Energoatom's experts conducted a preliminary survey (using satellite data) of the entire length of the line and found that it had no visible breaks and damage. It is necessary to inspect and repair the line, as well as the technical facilities connecting it to Khmelnytskyi NPP, as its use is envisaged exclusively for the electricity generated by KhNPP,” the operator's press service informed.

The full expected term of work on the program of development of interstate power grids and related infrastructure is 39 months from the commencement of work. This is what the consortium has promised.

When the technical part is completed, the KhNPP-2 power unit will supply electricity to Poland at a fixed price for the next 20 to 23 years, and the proceeds will finally be directed to the construction of KhNPP-3 and KhNPP-4. At the same time, the planned amount of investments in the project implementation will be EUR 243.5 million, and their return, according to the project, is expected to be in 10 years.

So will the energy bridge project be implemented or not?

The simple and seemingly attractive idea – to make money from one block for two new ones – may founder on the two rocks at once.

"This is not European integration, this is line operation in one direction – to Poland," Herus wrote.

And Ukrenergo stated that since the “energy bridge” would allow exporting only Khmelnytskyi NPP capacity, such a project would not be in Ukraine's interests at all. Alternatively, the transmission system operator rather confidently proposes construction of a 600 MW direct-current insert on the border of Ukraine's energy system and Burshtyn Power Island. So to say, it will increase competition in the electricity market until the full integration of Ukraine's UES with ENTSO-E.

But where to get the money from for the construction of new NPP units, as envisaged by the Energy Strategy of Ukraine? None of the "energy bridge" opponents speaks about this.

Dixi Group stresses that initiatives such as "energy bridge" should not interfere with or replace two global processes – electricity market reform and synchronization of Ukraine’s UES with ENTSO-E. However, according to Nitsovych, successful achievement of these strategic goals will allow both Energoatom and other market participants to earn money and implement investment projects.

The second argument is the emergence of electricity shortage in Ukraine's energy system.

“At present, the price has already grown rapidly, there are already electricity shortages – in the day-ahead market such shortages are 30%, in the domestic market there is no supply of electricity at all. The effect of the withdrawal of a 1000 MW nuclear power unit from Ukraine’s UES will be obvious – another increase in the shortage in the domestic market and an additional price increase for Ukrainian consumers, since this relatively cheap electricity will become unavailable,” the president's envoy in the government said.

But today, nuclear generation is represented in organized markets with only 10% of its output. All the rest is released at a regulated tariff for the needs of PSO – sold to the population and to cover technical losses in the grids. And nuclear power generation will not be able to cover the intraday market – the idea already forgotten in the media about daily maneuvering with VVER-type units was not realized.

However, the energy bridge project still envisages a program to increase the efficiency of NPPs and increase the capacity of six units, making it possible to replace 3.2 billion kWh of electricity. For comparison, Unit 2 is expected to generate 5.6 billion kWh annually for export. And two new units can produce up to 15 billion kWh in the long run.

Total electricity generation for 2018 was 146 billion kWh. After simple mathematical calculations, it will be found that as a result of the campaign to improve the efficiency of nuclear power plants, Ukraine will withdraw only 1.69% of generation from the unified energy system. But there may no shortage at all. As Energoatom explained, it can also be covered by removing dispatch restrictions on the operation of all NPP units.

Infographics
Environmental tax: where do moneys go and what should be changed?
13 December 20196398