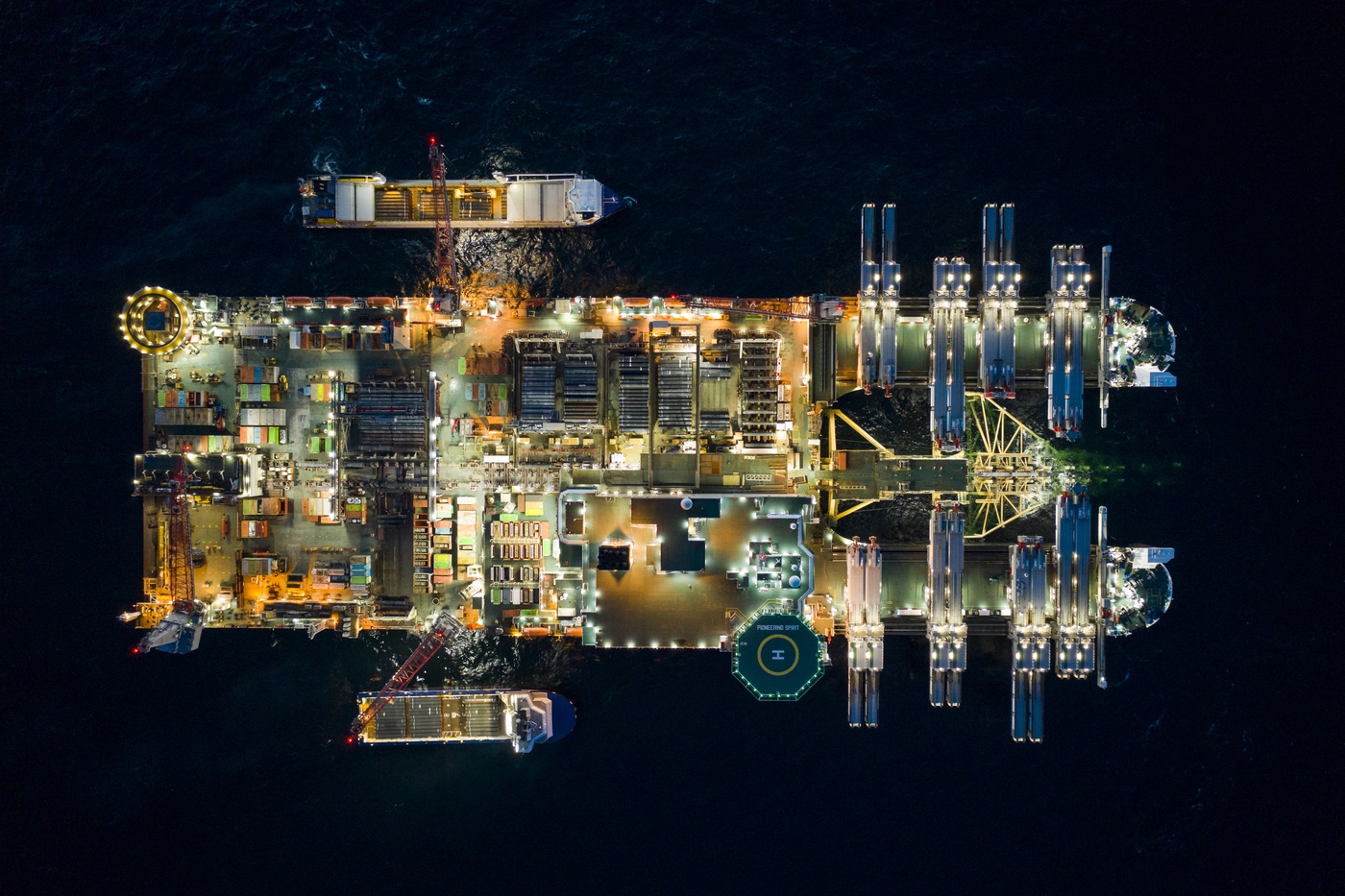 Why is the gas pipeline in the Baltic Sea so important for Russia and dangerous for Ukraine? Can its construction still be stalled or its usability limited?

Nord Stream 2 is a direct competitor of Ukraine’s gas transmission system (GTS), because it may allow Russia to stop using Ukraine’s services of transiting gas to Europe.

Officially, Russia and Germany claim that the new gas pipeline is just an additional route built to meet the demand. However, the opponents insist that this pipeline must relieve Russia from dependence on Ukraine as the “transit monopolist”, because during the few years of the first Nord Stream being in operation, the utilization of Ukraine’s GTS has declined by half.

Between 2011 and 2014, Nord Stream increased the transmission volume from 0.7 bcm to 35.5 bcm per year, whereas the utilization of Ukraine’s GTS dropped from 104.2 bcm to 62.2 bcm. During all years of the submarine pipeline’s operation, the utilization of Ukraine’s GTS has never been anywhere near the contracted 110 bcm, with the system having the transmission capacity of 146 bcm per year.

The calculations of underutilization of Ukraine’s GTS were some of the Ukrainian party’s arguments in its Stockholm arbitration lawsuit. In 2018, the arbiters confirmed Ukraine’s losses from the reduction of gas transit volume and awarded Naftogaz $4.63 billion in compensation from Gazprom (reduced to $2.56 billion after settling mutual claims) for underutilization of GTS.

The danger from Nord Stream 2 has especially increased amid the talks between Naftogaz and Gazprom about the terms of gas transit after 2020.

According to the Finance Ministry’s estimates , the loss of transit would cost Ukraine $2-3 billion, or 2.5-3% of GDP. That’s how much Naftogaz receives every year from Gazprom for its services of transmitting Russian gas.

Therefore, these two companies are locked in heated discussions of the transmission volume, duration of transit and legislation which will regulate the new contract. The Russians propose to settle for a one-year contract with the minimal utilization of 10-15 bcm. And had Gazprom been able to finish construction of Nord Stream 2 in 2019, this proposal would have left no alternative: either something or nothing.

However, construction of Nord Stream 2 was delayed in Denmark’s territorial waters. The project company received the last required permission from the Danish Energy Agency (DAE) only in October 2019. Therefore, ICIS analysts believe that Nord Stream 2 will be able to start delivering gas to Europe only in 2Q 2020 in the best-case scenario.

This situation brought Gazprom back to negotiation table and talks about the terms of transit via Ukraine, although no serious changes could be seen in their stance: as before, the Russians kept proposing to prolong the existing contract for one year.

Supported by the European Commission, the Ukrainian party insists on European legislation, new GTS operator, a contract for 10 years, the minimum volume of 60 bcm (+ additional 30 bcm to cover the growing demand).

Ukraine placed great hopes on the solidarity of Europeans as regards preservation of Ukrainian transit.

“The implementation of this project would give Russia more trump cards and substantially weaken the EU’s influence over the countries of Eastern Europe, because from their viewpoint it would look like a breach of the solidarity principle,” Naftogaz Chairman Andrii Kobolev explains.

However, the route of Nord Stream 2 is identical to that of the first Nord Stream. Therefore, European countries did not have lawful grounds to deny permission to a similar project. Denmark was resisting the longest, taking the maximum advantage of its security and environmental legislation and compelling Gazprom to revise three times its application for construction.

Another partner in the struggle against Russian gas pipelines is the United States. To be sure, it was perhaps the only country which came close to slapping sanctions on this project. The relevant draft law was registered in the U.S. Senate back in May 2019, proposing to impose sanctions against companies financing and building the pipeline. In other words, it concerned Gazprom, its contractors and the project’s possible European partners.

A Razumkov Center expert Maksym Biliavskyi points out that there is still time left to impose sanctions. In early 2020, the vessels Gazprom needs still won’t be in the area where the pipeline is being laid. That’s why, the expert believes, the most effective sanctions will be those directed at companies, marine vessels, equipment and personnel tasked with completing this project.

“In fact, any financial restrictions placed on Nord Stream 2 shareholder companies and companies laying the submarine section of this pipeline will be effective. For as recently as early this year, Gazprom was still looking for borrowed funds to finance this project,” Dixi Group expert Roman Nitsovych adds.

In addition to the concern over security of Europe’s energy supply, the stance of the United States is also attributed to the protection of economic interests. The United States is increasing LNG deliveries to European countries, competing with Gazprom’s pipeline gas. However, the volume of American deliveries is not very significant for the moment, comparing to Europe’s total demand for gas.

The superpower of the Gas Directive

However, the Europeans should not be discarded altogether, for they have the ability to legislatively limit the operation of finished and unfinished Russian gas pipelines.

“The amendments to the EU’s Gas Directive have clearly excluded Nord Stream 2 from the category of pipelines eligible for exemption from the Directive’s requirements. These requirements are simple: operator’s independence, third party access, transparency,” Mr. Nitsovych explains.

According to the Gas Directive, the gas pipeline’s operator company must be independent from Gazprom PJSC, and 50% of the pipeline’s transmission capacity must be reserved by alternative suppliers. How does this limitation work? Mr. Nitsovych cites the example of the CJEU’s judgment concerning the OPAL gas pipeline, which Poland won this year: effective 14 September, Gazprom had to almost halve its deliveries via this pipeline. The expert believes that the Europeans are ready to fight the monopolistic access to their infrastructure, and even after the construction of Nord Stream 2 will be completed, the conditions for its operation will be complicated, if not putting an end to the existence of the entire “business model” of Russian bypass gas pipelines.

Alan Riley, Professor at City, University of London says that if the Gas Directive will eventually be applied to Nord Stream 2, Gazprom will have limited access to the pipeline’s transmission capacity during 25 years. The expert is confident that the Russians won’t be able to circumvent this limitation.

However, not all Europeans have the same vision of Nord Stream 2’s future. For example, the Bundestag tried to take the unfinished pipeline out of the Gas Directive’s scope of application.

Yet, they succeeded only in passing an amendment allowing to make an exception from rules – with the permission from the European Commission.

Presently, joint efforts of Ukraine and its partners were able to delay the construction of Nord Stream 2. And this delay must be taken the maximum advantage of to bargain for the best possible terms of using Ukraine’s GTS. For putting a complete stop to Russia’s bypass gas pipelines seems hardly likely.

Analytics
Why is modernization of buildings stalling?
13 May 2020385