Valigura: The suspension of Ukraine’s membership in EITI would send a negative signal to international investors “In late 2019, Ukraine will have to pass two important deadlines at EITI: preparing a report for 2017 and passing validation, EITI standard fulfillment assessment and adjustment of previous assessments,” Mrs. Valigura said.

According to the Regional Director, Ukraine’s membership in EITI may be automatically suspended for the failure to publish the 2017 report alone. And if during the validation procedure, Ukraine, not having the updated information (since the last available EITI report is dated to 2016), will not be able to demonstrate progress in taking corrective actions.

“In the worst-case scenario, [it] may result in Ukraine’s expulsion from EITI altogether,” Mrs. Valigura stressed. The Regional Director also pointed out that Ukraine is seriously lagging behind in preparing reports.

For instance, while Ukraine is unable to prepare the 2017 report on time, Mongolia and Kazakhstan are going to publish their 2018 reports.

According to the EITI advisor in Ukraine Svitlana Mizina, information from the State Tax Service (STS) for every extractive company and information from companies is needed to prepare the 2017 report. However, EITI still hasn’t received the required information from STS. Even if EITI receives this information in November, the report will be completed, verification included, in February-March 2020 at the very best.

It is worth reminding that Ukraine joined the Extractive Industries Transparency Initiative in 2013 and undertook the commitment to disclose information about payments to the order of the state remitted to the Ministry of Energy and Coal Industry and the independent administrator.

Ukraine has already released three reports: for 2013, 2014-2015 and 2016. Preparation of the 2018 report has not even started yet, because the government still did not approve reporting forms for extractive enterprises.

Similar
Šefčovič announced the date of trilateral talks on gas transit through Ukraine
09 September 20191449
A pilot project of electronic EITI reporting will be launched in February 2020
20 December 20192316
Dixi Group expert: gas issues should not be a part of the "Normandy talks"
15 October 20191254
Popular: 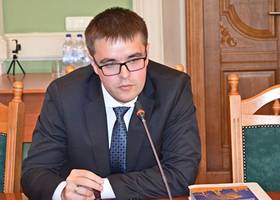