Karel Hirman: energy efficiency fund - what are we creating?

In his speech at the opening of the International Conference "Contributing to Energy Efficiency in Ukraine: Best Practices from Slovakia", Karel Hirman, expert for energy of the group of strategic advisors at the Cabinet of Ministers of Ukraine and member of the working group for creating the Energy Efficiency Fund, told why the Fund was needed and what main tasks it would perform. 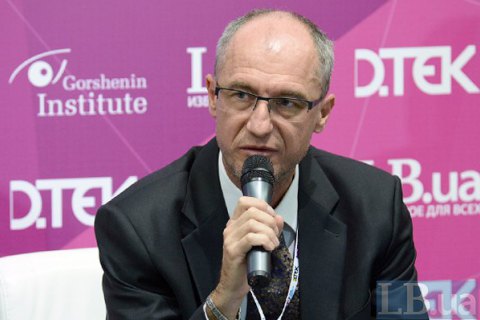 Why is the EE Fund created?

The idea of creating such Fund appeared last year, with the proposal made by the colleagues from the EU and the German Government. Although the state program of "warm loans" already available for several years kicked start to the housing winterization process in Ukraine, it is not an effective tool for complex thermal modernization of apartment blocks. As a result, it was decided to create an EE Fund – a copy of the similar structures operating in European countries, such as Hungary, the Czech Republic, Poland, Slovakia.

In Slovakia, such structure is called the "Housing Modernization and Reconstruction Support Fund" and has been in operation from 1996 and delivers actual results. The EE Fund in Ukraine will be oriented solely towards the housing sector – owners of individual houses and associations of co-owners of apartment blocks (condominiums) in apartment blocks. In the case of apartment blocks, it is very important to build a correct condominium system, let people see that they are responsible not only for their own living space, but also for the corridors, elevators, roof, underground floor, and building surrounding grounds.

What projects will the Fund support?

The Fund will support projects for complex modernization: replacement of windows for energy efficient ones, winterization of the roof, walls, underground floors, installation of a heat supply station, replacement of lighting for energy saving one. The project should meet applicable standards in order to result in energy resource savings.

The Energy Efficiency Fund will operate on the principle of donor structure without the state acting as an intermediary.

Slovakia had made a long way of trials and errors before it developed correct approaches to thermal modernization. At the very beginning, application of bad materials and low quality of work resulted in errors in the winterization of walls, and mold and fungus appeared in apartments. The people were disappointed.
For fear of repeating the negative experience, in parallel to the creation of the Fund, Ukraine is adopting a series of laws and technical norms, the implementation of which will allow thermal modernization to be carried out as correctly and effectively as possible.

The Fund itself will operate on the principle of donor structure without the state acting as an intermediary. Condominiums will take a loan for the project implementation from a bank. Separate responsibility is rested upon municipalities – it depends upon local authorities what energy efficiency programs they will use to support citizens in their cities. Decision on the size of compensation will depend on how the energy efficiency class of the building will change following the project implementation results.

The size of compensation will depend on how the energy efficiency class of the building will change following the project implementation results.

When a similar fund started working in Slovakia in the late 1990s, the country had high loan rates similar to those in Ukraine now. However, the Fund provided support, then the economy started to grow, and the complex modernization process resulted in the decreased energy consumption throughout the country. Houses after winterization and modernization demonstrate energy resource savings at the level of 30-50%. Moreover, thermal modernization means increased value of housing and improved quality of life. Slovakia allocates for the support of energy efficiency on the average EUR 200-300 million per annum (with the total population of 5.5 million people).

The Energy Efficiency Fund should be created by the end of 2017, which is the task of the Ukrainian Government. The EU is ready to grant to Ukraine EUR 50 million in 2018for filling the Fund, and the German Government promises to allocate EUR 10 million (this amount also includes technical assistance); then it is intended to start working on the first projects.