26 May 2021
According to an expert, Russia will not transport gas simultaneously through NS 2 and Ukraine
24 May 2021
Expert: the government is probably not yet ready for fundamental reforms of the PSO in the electricity market
21 May 2021
According to an expert, the public needs the best tools for effective participation in EIA
19 May 2021
Last week, RES produced more electricity than thermal generation for the first time
14 April 2021
A barometer of consumer sentiments in the energy sector in 2018-2020
15 March 2021
Conference “Transparency and Accountability of extractive sector during pandemic and energy transition”
24 February 2021
Experts named the industrial sectors where Ukraine can grow within the Green Deal framework
12 February 2021
Expert: opening the database of benefit recipients would create more preconditions for changing a gas supplier
28 January 2021
Gasotheque: 11 gas suppliers offer February prices below the maximum
27 January 2021
DiXi Group expert: fixing the gas price will produce only a temporary effect
19 January 2021
Pavlenko: horizontal communication between government agencies as regards the European Green Deal becomes critical
16 January 2021
DiXi Group urges improvement of draft laws on the housing and utilities inspectorate
17 December 2020
The International Energy Transparency Index Should Become a Permanent Practice – Experts
04 December 2020
Most of the Adopted Legislative Acts on the Coal Industry has not been Implemented — DiXi Group
03 December 2020
Energy Transparency Index: Energy Sector Information Openness Has Improved
29 November 2020
DiXi Group: Energy Sector in 2021 Should Pay Attention to Three Priorities
13 November 2020
DiXi Group: creation of the Decarbonization Fund is a step in the right direction
All news

Ukraine imported $ 250 million worth of oil 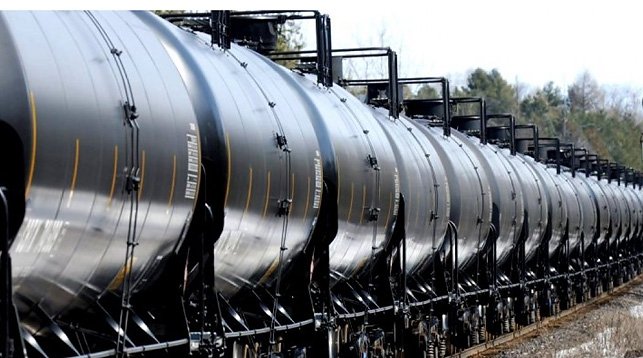 In January-August 2019, Ukraine imported 482.2 thousand tons of oil for $ 249.6 million. Such data were disclosed by the State Fiscal Service (SFS) of Ukraine.

Recall that in July it became known that the largest producer of oil products in Ukraine Kremenchuk Oil Refinery (Ukrtatnafta PJSC) contracted 75,000 tons of Bakken light oil from BP.

The state-owned NJSC Naftogaz of Ukraine is the shareholder of Ukrtatnafta, but in fact Ukrtatnafta is controlled by the informal group "Privat" owned by Ihor Kolomoiskyi and Hennadii Boholiubov. The refinery processes Ukrnafta’s Ukrainian oil and light Azerbaijani oil of the State Oil Company of Azerbaijan Republic (SOCAR) with delivery to the port of Odesa.

Interview
Olena Pavlenko: the environmental component of NS 2 may become an argument for restraining the project
25 May 2021