DixiGroup: Ukraine with a new transit contract has received a number of opportunities

Saving transit saves economic benefits for Ukraine, as it will receive guaranteed revenue for the next five years, estimated at USD 7.2 billion. This was written in the blog by DixiGroup Research Director Roman Nitsovych.

“Ukraine will receive a guaranteed income for the next five years, estimated at USD 7.2 billion. Gazprom may book additional GTS facilities and the revenues will only grow from that. The total positive effect on the economy is estimated at the level of UAH 150 billion in the next 5 years," he wrote.

In Ukraine, as of January 1, an independent certified TSO, which switched with Gazprom to European rules of operation, started working.

“In particular, an inter-operator agreement was signed between Gas TSO of Ukraine and Gazprom, which defines technical regulations and rules of interaction, and also records switching to energy units. Despite the fact that this agreement operates only at two points of entry into the GTS (Sokhranivka and Sudzha), it allows European companies to book the capacity of GTS of Ukraine with the point of gas transmission at the border with the Russian Federation,” Nitsovych said.

In addition, the services of the GTS operator of Ukraine have attractive and competitive tariffs compared to alternative pipelines.

"About 80% of the tariff revenue of the operator will be ensured through transit, which means reducing the burden on users in Ukraine (producers, consumers). The positive effect for such users is assess by the Director of Gas TSO of Ukraine Serhii Makohon at tens of billions of UAH. Potentially – this is a reduction in wholesale gas prices (subject to switching from “hub +” to “hub0” as a pricing principle)”, Nitsovych said.

According to the expert, Ukraine with a new transit contract has received a number of opportunities: the opportunity for European companies to book Ukrainian gas transportation system for transit of Russian gas and to receive additional income, the likelihood of faster integration of gas markets of Ukraine and the EU, long-term planning of the development of gas transportation system and solving market problems.

The application of EU law to relations with Gazprom and other customers of GTS facilities also allows requiring the Russian Federation to de-monopolize the pipeline exports.

“Free access by third parties to booking entry into the GTS of Ukraine is also a chance to end Gazprom's export monopoly and resume gas supplies from Central Asia or to obtain gas from other companies in Russia,” Nitsovych stresses.

Recall that on December 30, 2019, Ukraine and Russia agreed to transit of Russian gas for 10 years.

Similar
Ukrtransnafta estimates weekly revenue loss from suspension of oil transit at EUR 1 mln
14 May 2019
Rada adopted as a basis the draft law on transparency in extractive industries
02 March 2018
Ukrtransgaz tested the operation of Soyuz gas pipeline in reverse mode
06 September 2019
Dixi Group expert: gas issues should not be a part of the "Normandy talks"
15 October 2019
Popular: 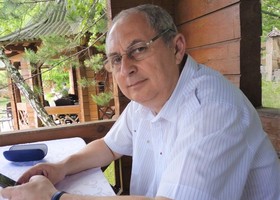