Under the Paris Agreement, each member state must develop, make public and maintain nationally determined contributions (NDCs) and take measures to mitigate climate change in accordance with the targets of such contributions. And Ukraine is no exception in this process. 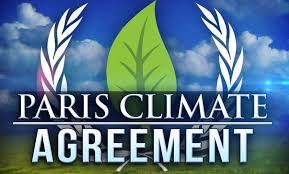 The first version of the Ukrainian NDC approved in September 2015 provided for a reduction of emissions by 60% by 2030 as compared to the level of 1990, while in 2016, the total emissions have already been reduced by 64%. It means that Ukraine’s commitments even provided for an increase in emissions back then. This was apparently based on too optimistic expectations of economic recovery and growth.

Economic growth is also possible under conditions of reduced climate impact – this is proved by the world’s leading countries. Back in 2016, the DiXi Group analytical center during the committee hearings explained the effect of decoupling and provided specific recommendations for revising strategic energy policy documents. We talked about the priority of resource conservation and low-carbon development, creating incentives to reduce energy consumption and changing approaches to state aid, which should be aimed at supporting green sectors of the economy.

Some of the proposals were taken into account in the Energy Strategy until 2035 and the Strategy for Low Carbon Development of Ukraine until 2050. They provided for significantly higher emission reduction targets than the first NDC, albeit at different time horizons. But since their approval (2018), global progress in tackling climate change has accelerated significantly: The EU is implementing an ambitious European green course; the UK has announced a plan for a Green Industrial Revolution, South Korea – the New Green Course initiative. The new US administration, which has developed the American Jobs Plan and proposes to allocate USD 35 billion to develop technologies that will allow the country to become a leader in “clean” energy is also changing the world agenda.

And while governments of developed countries are developing economic financing packages to green the economy in order to overcome the effects of the COVID-19 pandemic, Ukraine is mobilizing funds to overcome the effects of the pandemic, in particular by reducing support for energy efficiency and “clean” sources. This is certified by the assessments made by our analytical center as part of the Energy Policy Tracker tool.

It is not these targets that are adjusted to the current policy but vice versa. This is the path chosen by the EU states, when they set targets in energy and climate policy as well as developed appropriate fundraising measures and mechanisms.

Adoption of Ukraine’s second Nationally Determined Contribution to the Paris Agreement (second NDC) will allow to set clear goals. The draft document currently aims to reduce greenhouse gas emissions by 65% ​​by 2030 (compared to the level of 1990), which will require the transformation of the electricity, heating, transport, agriculture, forestry, industry, waste management and housing sectors.

The second NDC is already the subject of complex public debate on the ambition of the targets and the feasibility of further adoption. In fact, this debate did not stop from the very beginning of the development of the second NDC (the first meeting of the task team took place in February 2019) and took place at many sites.

The need for rapid transformations for businesses, especially energy- and carbon-intensive industries, and the search for sources of investment equivalent to tens of billions of euros are often seen as a threat. We propose to look at this as a chance to build a new economy and maintain the competitiveness of Ukrainian products in the global market.

When discussing the new framework of energy and climate policy, we propose to follow this logic: first objectives, targets, and then – policies, measures and specific tools to achieve them. Therefore, DiXi Group calls on the government to set goals, including the adoption of the second NDC, the Concept of Green Energy Transition until 2050 and the Integrated National Energy and Climate Plan until 2030, and to give a clear reply to the revision of the Energy Strategy.

The second NDC must be submitted by Ukraine to the secretariat of the United Nations Framework Convention on Climate Change no later than the next Conference of the Parties (COP26) in November. That is why it is so important not to just discuss the document but to maintain the ambition of the goals and approve it in a short time.