Who is threatened by the growing share of “green” power industry and who should have kept it down? 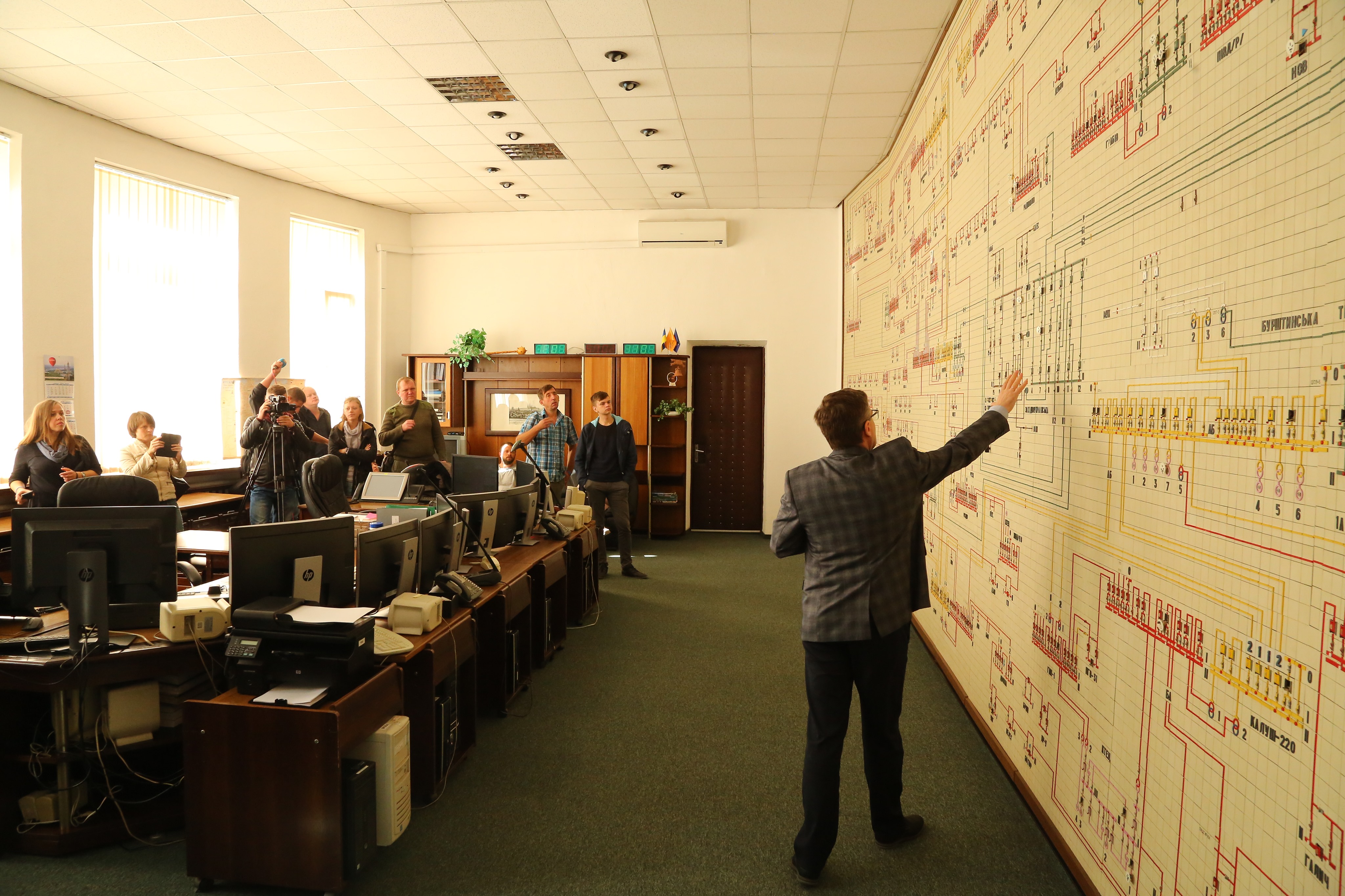 Due to financial and legal crisis in the “green” power industry of Ukraine, the technical side of the issue has receded into the background of public attention. However, both the need to balance the integrated power system and the associated operational security are here to stay.

Recently, there have been accusations against the system operator NPC “Ukrenergo”, which allegedly had to limit the issuance of technical specifications for the connection of renewable generation facilities. However, the company itself has repeatedly stressed that the NPC had no the right to refuse to issue technical specifications in the event of absence of a threat to operational safety.

“Ukrainska Energetyka” has decided to find out under what conditions the transmission system operator could refuse to issue technical specifications and how operational safety and network capacity are related. And, by the way, let us recall whether the state policy provided for keeping down or, contrarily, for the increase of the “green” generation in the times mentioned by the seekers of those guilty in these trouble waters.

Technical Specifications and the Law

According to the Law “On the Electricity Market” and the Transmission System Code, connection cannot be denied if there are no network restrictions, i.e. when there is enough network transmission capacity. “In the law on the electricity market, there is an explicit provision (Article 21), which describes that neither the transmission system operator (Ukrenergo) nor the distribution system operator have the right to refuse to connect the customer’s electrical installations to the transmission system or distribution system provided that the customer complies with the Transmission System Code and the  Distribution Systems Code,” emphasizes the former head of “Ukrenergo” Vsevolod Kovalchuk.

Analyzing the legal framework, energy expert Yaroslav Melekh notes that the very criteria under which a transmission system operator (TSO) may reject a submitted application are not clearly articulated (“compliance with the Transmission System Code and the Distribution Systems Code”). And any obstacles (for example, system limits, possible deterioration of quality) should be addressed in the form of requirements to connection specified in the technical specifications.

Everything that is produced must be consumed immediately...

The concepts of balancing and a share of renewable generation are often inter-related. However, it is important to understand that the operational security of the power system is provided not by the fact that there is much or little RES in the energy mix, but by certain instruments that regulate the balance of supply and demand.

All the generation in the world, including the “green” one, works according to the principle: everything that is produced must be consumed immediately. What you can’t consume immediately, must be accumulated for future consumption or for balancing at peak times. To ensure this, manufacturers enter into agreements with consumers. The lion’s share is traded in the market of bilateral agreements. State-owned companies do this on the site of the “Ukrainian Power Exchange”, private companies have more freedom and can negotiate anywhere, without disclosing details of their agreements on the price, terms and conditions, etc. The only thing they have to report to the system operator is how much electricity consumers buy under their contracts. That is, the plan for their production of electricity for a certain period of time must clearly comply with the volumes specified in the contracts.

In the Ukrainian reality, the growth of the amount of electric energy production from unpredictable and non-constant solar and wind energy leads to balancing difficulties and, as a consequence, threatens the operational safety of the Unified Power System. But this does not equate the transmission capacity, which under the law is the main criterion for refusing to issue technical specifications, with balancing. If the law immediately introduced liability for imbalances, the situation in alternative power industry and in electric energy industry in general would be different.

Technical specifications are not a building permit

“During all the post-Maidan years, the legislation was being changed to make it easier for businesses to obtain technical specifications,” explains Kovalchuk. “If we look deeper into Ukrainian historical events, we will see that obtaining technical specifications has always been, and somewhere remains, a “corruption crib.” People face the fact that when they need to connect – no matter to electricity or to gas – a natural monopoly company may demand a bribe for the connection. It stopped the development, and then the people were fighting to get rid of corruption in the connection.”

The “green boom” is the peak of the crisis

“The ongoing electric energy industry crisis is actually less related to the “green” processes than to other processes,” believes Vsevolod Kovalchuk. “The thesis that in the current, rather critical, situation in the electric energy market, the main blame lies on the “greens” is inconsistent in principle.”

Certainly, an increase in the share of expensive energy must lead to an increase in price in this or other way. But, as Kovalchuk noted, now, as much capacity has been put into operation as needed to meet the goals set by Ukraine for 2020 – to achieve 11% of “clean” energy in the balance. “This is our national plan, which was adopted a long time ago and which was included as a covenant in all our international agreements on the side of Ukraine’s obligations,” the former head of “Ukrenergo” emphasizes. “And if we look at the situation in 2018, all the public rhetoric of politicians was on the topic that we do not have enough time.”

If we recall the discussions that took place, in particular, on the parliamentary platform, in the Fuel and Energy Committee, in 2018-2019, the aim of the battle was to connect as many RES facilities as possible to implement the plan.

It should be noted that it was also an issue of a financially unsustainable scheme of support for the “green” tariff and the transition to “green” auctions. In April 2019, the law on the auctions was adopted.

The official position of “Ukrenergo” and the interview of its then director repeatedly stated that there is a certain threshold above which the power system of Ukraine will have difficulty to accept non-permanent generation due to the lack of balancing capacity.

When the EU countries introduce 1 kW of solar or wind generation, which is unable to supply electricity 24 hours per day, in this case, there is a mandatory condition to install 0.92 kW of storage capacity or highly maneuverable capacity,” noted Ryabtsev.

“Due to the lack of legislated requirements for new generation facilities in the Ukrainian Unified Power System, there is a 2 GW deficiency of highly maneuverable capacity and 2 GW deficiency of storage capacity,” stated the expert. “In the report prepared by “Ukrenergo” and approved by the National Energy and Utilities Regulatory Commission, it was specified: if the connection is carried out at the planned pace, it is likely to reduce the reliability of Ukraine’s power system.” Then the dispatcher will be forced to constantly interfere in the operation of the power system, which is happening now as well. The claims of the transmission system operator (TSO) were that it was impossible to ensure balancing in the automatic mode.

At the beginning of 2019, there was a presentation based on the results of a joint research by “Ukrenergo” and German consultants who checked the TSO calculations. “Then it was determined that without changing the generation structure, without minimal impact on the power system, the installed capacity of solar and wind energy (without other types of alternative generation) of the Unified Power System may amount up to 5700 – 5750 MW. Now, there are not much more. If everything remained on the market as it was a year ago, the problem would not be so acute,” summed up Kovalchuk.

Let’s not jump to conclusions

Attempts to make something more from the issuance of technical specifications by the system operator than it really is, were not convincing in comparison with the arguments of the experts. The legal framework as a whole plays a much bigger role. The Verkhovna Rada of the previous, eighth convocation adopted the law No. 2712-VIII on the transition to auctions. We will remind that among other things, this law introduces:

• limitation of the technical specifications’ validity (2 years for the solar energy, 3 years for other types of energy);

• the possibility to put up for auction quotas with land plots “with determined technical parameters and technical specifications for connection to the electricity grid”;

• the obligation of the Cabinet of Ministers to develop and submit a draft law “on the introduction of incentive mechanisms for the installation of capacities for the accumulation of electric energy at electric power plants”;

• providing the regulation for the status of producers-consumers (prosumers).

Nevertheless, the introduced changes did not solve all the problems of national power industry related to the development of generation from renewable energy sources (RES). There is an opinion that parliament deputies “cemented” the existing imperfection of the legislation. It is due to this that there are, in particular, the difficulties of balancing, which were discussed at the beginning of the article, and the problematic debts of the State Enterprise “Guaranteed Buyer” to the “green” producers.

The issues of changes in the relevant laws are moving forward with great painful efforts. After voting for the first reading of the draft law No. 3658, the second one was pelted with amendments, making us worry about its adoption during this session. However, despite fears, the relevant law was still adopted on 21 July. We will continue to monitor its implementation.