Separation of the GTS operator: benefits for Naftogaz and the process that lasts 15 years

During the talks, the Russians have not only been introduced to the future GTS operator but were also given the roadmap for the completion of unbundling process 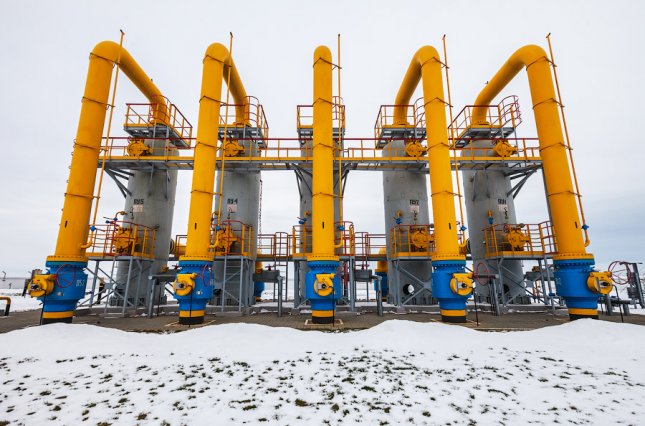 On the eve of the trilateral gas talks, the Cabinet of Ministers adopted yet another resolution regarding unbundling: separation of natural gas transmission operations from production and supply. And even though the talks of 19 September did not yield results in the shape of signed documents, the parties noted the constructiveness of these talks and announced their readiness to go by European rules in the matter of transmitting Russian gas.

The final unbundling decision played not the least role in enhancing Ukraine’s stance at the talks, for Gazprom made numerous hints that the uncertainty in this aspect prevents the parties from reaching agreement, saying that it is unclear who will be the GTS operator after 1 January 2020 and with whom to negotiate. This time, the Russians have not only been introduced to the future GTS operator but were also given the roadmap for the completion of unbundling process.

That’s why it is so important to find out what decisions the government made and what advantages and risks they may carry.

The Law on the Natural Gas Market stipulates two possible models: OU (ownership unbundling) and ISO (independent system operator). At first, the government and Naftogaz seemed to agree upon the OU model, albeit with some differences. Back in 2016, DiXi Group made a SWOT analysis of the proposed models and provided recommendations. The OU model also received expert support in a joint study by the World Bank and the European Commission.

As time and arbitration hearings went by, however, Naftogaz changed its stance from supporting the OU model to the ISO model . To be sure, in all recent years the unbundling model was at the epicenter of conflict between the government and Naftogaz, and because of that confrontation, the process was dragged out and strongly criticized by European partners.

The new government resolution defuses this conflict. The resolution explicitly indicates Article 27 of the Law on the Natural Gas Market regulating unbundling based on the ISO model – the one advocated by Naftogaz.

According to a traditional ISO model, a vertically-integrated company retains the ownership of assets while the management of these assets, technical and commercial aspects become the responsibility of an independent operator. At the same time, the GTS operator must possess sufficient financial, technical, human and other resources to perform its functions. It must be distanced from interests in the gas production and supply sectors, and must fulfill all ownership unbundling requirements (i.e. be legally and functionally separated from Naftogaz). The compliance with these requirements is a precondition for a successful certification.

The separation is slated for 1 January 2020, when the operator (Ukraine Gas Transmission System Operator LLC, or UGTSO for short) will leave the Naftogaz organization and will be taken over by Trunk Gas Pipelines of Ukraine JSC (Ukrainian abbreviation: MGU), an organization fully separated from Naftogaz and subordinated to the Finance Ministry . The GTS itself as a public property is going to be placed under UGTSO’s economic management, and the Finance Ministry will be designated as the authorized management body.

Therefore, after transitional period the ISO model becomes OU, when the GTS operator is fully separated from Naftogaz as a vertically integrated company which won’t even have the ownership right. Energy Minister Oleksii Orzhel confirmed that by calling the model "temporary ISO that is converting to OU" in his commentary in social networks. The only distinguishable feature of the Ukrainian OU model is that the GTS will be fully owned not by the operator but by the state in the person of the Finance Ministry.

As for certification, it will be conditional. Back in August, NCREUS amended the certification procedure to allow to make preliminary decisions regarding certification, whereas the final certification will take place after the operator confirms the fulfillment of conditions set by the regulatory authority and after a positive opinion from the Energy Community Secretariat is received.

At the time of submitting the application, UGTSO will still be a Naftogaz company as the legal separation will take place on 1 January 2020. In addition, according to the new unbundling plan, UGTSO will receive on that day state-held gas transmission assets, rights and obligations under Ukrtransgaz’s contracts for procurement of goods, works and services. By that time, an unbundling law must be passed, a separate procedure of transferring state property from Ukrtransgaz to UGTSO must be adopted and that property must be inventoried and appraised.

Another significant innovation stipulated in the government resolution is the method for legal separation of the GTS operator from Naftogaz.

According to earlier proposals, MGU was to receive the assets for free as of 1 January 2020, but now, these assets will be handed over upon the purchase-sale of the 100% stake in UGTSO’s authorized capital with the acquisition of the relevant rights effective 1 January 2020, but in exchange for a payment in installments over the period of 15 years.

What we have in the end is one state-owned company buying assets from another state-owned company with a payment spread over 15 years, financing this payment from its operating profits. This formula could be viewed at, on the one hand, as a quasi-concession of GTS for 15 years, and on the other hand, as a hidden subsidization of Naftogaz with revenues from an activity that muse be separated from the company.

The interest which Naftogaz has is obvious: according to the annual report for 2018 , transit, storage and internal transmission of gas generate 40% of the entire group’s cash flows and almost 40% of its revenues. Losing an asset that generates steady profits means jeopardizing the company’s financial strength, especially considering the growing debts in the segment of gas supply to households and heat producing companies under special obligations placed upon Naftogaz.

However, this formula contains risks as well, as the amount of both the aggregate payment and annual "buyoff" for this period is not known for the time being.

According to the unbundling plan, Ukrtransgaz must hand over to UGTSO, first of all, the assets used for transmission of gas. A preliminary appraised value of these assets exceeds UAH 95 billion. After that, this property must be inventoried and appraised, and UGTSO’s authorized capital must be evaluated. As for the price MGU must pay for the purchase of UGTSO, the only thing the government document says in this regard is that it must be dynamic and based on performance of the GTS operator "according to a formula agreed with the parties".

If payments to the order of Ukrtransgaz (de-facto to the order of Naftogaz) will be high, there is a risk that MGU and its future "subsidiary" UGTSO will not receive sufficient financial resources to perform their functions. The attractiveness of participation in the management of GTS will also decline in the eyes of Western companies which were expected to be engaged to create a truly independent GTS operator that provides quality services.

In the conditions when Naftogaz receives a portion of the operator’s profit, it is critically important to ensure that sufficient investments are made in operation and modernization of GTS. Otherwise, Gazprom would get a chance to spin another disinformation about alleged unreliability of Ukraine’s GTS.

The matter of gas storage facilities

This change is almost invisible yet important. Comparing to the previous version of the unbundling plan, gas storage reservoirs have been completely excluded from the list of assets to be transferred to MGU. Naftogaz will retain control over storage reservoirs presently operated by Operator of Ukraine’s Gas Storage Facilities, an Ukrtransgaz company.

On the one hand, the presence of the gas storage function in the structure of a vertically integrated company significantly increases Naftogaz’s market power. On the other hand, nobody relieved Naftogaz from the responsibility for complying with the requirements of law concerning separation and independence of an operator of gas storage facilities. It is quite possible that the government will make an informed decision regarding unbundling of the operator of gas storage reservoirs based on a comprehensive study performed with the support from the EU.

It is worth noting that in its final form, the chosen model is, overall, conformant with requirements of the Third Energy Package despite certain specifics. Ukraine has only three months to complete legal formalities of the unbundling. This is quite an amount of work that must be done by all parties – the government, Naftogaz, Ukrtransgaz, UGTSO, MGU – on a tight deadline.

At the same time, at least three years were wasted on conflicts, although that time would have been enough to implement even more complex unbundling models and complete reform of the gas market to make sure that Naftogaz remains a financially sound company even without the "buyoff money" for gas transmission assets. The responsibility for dragging out this process could be equally placed upon the previous governments and the Naftogaz management.

However, the unbundling does not end with legal formalities. As follows form the government resolution, the process will de-facto end in 15 years, after the last installment payment is made to Ukrtransgaz.

In addition, the new GTS operator requires tight regulation and continuous monitoring by NCREUS, which must have proper competencies to analyze and approve investment decisions, calculate and set gas transmission tariffs. After the Constitutional Court’s ruling the regulator found itself in a limbo, and therefore, its status must be constitutionally regulated and the procedure of appointing NCREUS members must be set out in a legislative act, which also must be conformant with requirements of the Third Energy Package.