Funding for Green Energy Should Come from the Market, not From the Budget — DiXi Group

The law on changing the system of RES support provided for payment of at least 20% of the cost of generated green electricity from the state budget, but the draft budget for 2021 did not include these costs 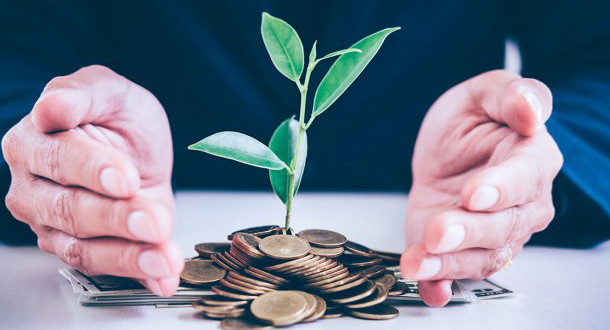 Financing of the produced green electricity should come from the market, and not be redistributed from the budget. This was stated in a comment by a junior analyst at DiXi Group Daryna Kulaha.

“Although the law on changing the RES support system provided for payment of at least 20% of the cost of generated green electricity from the state budget, the draft budget for 2021 did not include these costs.  This option was also not considered at the last meeting of the Anti-Crisis Staff. According to the NEPURC’s forecast, the expected cost of electricity from RES for 2021 is UAH 58.2 billion, of which UAH 26.4 billion is actually support (Guaranteed Buyer services). Guaranteed Buyer itself predicts that the cost of green generation products will be UAH 60 billion (excluding VAT),” the expert notes.

That is, at least UAH 11.64 billion should be allocated from the budget, and this is not a sustainable mechanism, as it is necessary to provide compensators for such expenses. For example, the source of revenue could be the carbon tax, which now gets entirely to the general fund of the state budget. However, revenues from the CO2 tax amount to about UAH 1 billion per year, and even if its rates are increased by 2-3 times and focused entirely on RES payments and debt repayment, this will not be enough.

“In any case, the financing of manufactured products should come from the market and not be redistributed from the budget. There are few options for where to get the money from. Since the Government has placed full responsibility for the settlement of the situation on the NEPURC and Ukrenergo, initiating the establishment of a supervisory commission, the only effective solution for the Regulator will be to increase the transmission tariff. Ukrenergo has already calculated the changes - to cover the deficit of funds for green payments, TSO proposes to increase the tariff up to UAH 640.48/MWh in November-December 2020, and up to UAH 501.03 per MWh from 2021,” the comment reads.

According to the expert, in the current circumstances, raising the tariff would be the right decision, because it is one of the few steps that will help avoid new debts in the market, but there is no guarantee that the company will receive payment for transmission services from users on time and in full. If the situation in which Ukrenergo owes tens of billions to Guaranteed Buyer continues, the crisis in the electricity market will only intensify.

“The current system of functioning of the electricity market, including support for RES, is neither steady nor stable. Investors are not confident in paying for the produced green kilowatt-hours and covering historical debt, and consumer companies are facing a significant increase in transmission tariffs. In addition, the Government has no choice but to create new debt to put out the current fire. Even if the current problems are resolved in the electricity market, there is no guarantee that this will not happen again. The capacity of RES continues to grow, and therefore the amount of charges will not change significantly in the near future,” the expert said.

She adds that the electricity market needs fundamental transformations.

“The transition to financial PSO and its subsequent abolition, which means the sale of electricity to the public at market prices, is the only right decision in the medium term, i.e. within five years. The scheme, according to which RES development is paid by consumers – by both business and household consumers - has already proven its sustainability and efficiency in the EU,” Kulaha sums up.

As reported, a meeting of the Anti-Crisis Energy Headquarters, the task of which was to find ways of sustainable current financing, as well as sources of payment of debts to RES electricity producers, was held on September 18. Domestic government loan bonds (DGLBs), state-owned bank loans, and budget financing were to be considered among the options. However, as a result of the meeting, the Government instructed to set up a commission to monitor the activities of the NEPURC and NPC Ukrenergo to maintain the balance in the energy sector, including the settlement of the situation with green generation payments.

Similar
Most of the Adopted Legislative Acts on the Coal Industry has not been Implemented — DiXi Group
04 December 2020
DiXi Group President: Russia can be not only a supplier but also a transit country
03 January 2020
An expert: quarantine is a chance to develop modern electronic services in the energy sector
30 March 2020
Energy Transparency Index: Energy Sector Information Openness Has Improved
03 December 2020
Popular: