And indeed, why the company controlled by the oligarch Dmytro Firtash would want to answer inconvenient questions and explain how come their company could, all of a sudden, sell gas pipes. And we’re not talking about a few meters. They sold over ten kilometers of pipes to two companies alone. That’s right! They sold the pipes, instead of using them to repair gas pipelines.

And that’s an important point, for the gas bills sent to consumers include the price of repairing and replacing gas pipes. And the amounts are hefty.

However, instead of repairing gas pipelines, the pipes can be sold. And the holes — they can be plugged with stakes.

“A woman has contacted us. She said that one day, she smelled gas and found a gas leak, and called the emergency repair service. She has an own house, and the pipe ran under the ground along the house’s wall. A Lvivgaz crew has arrived, dug up the pipe, found the hole, took a stake and drove it in. And then, reported that they laid a new pipe”, Andrii Senkovskyi, Head of White Croats (Білі Горвати) organization says.

According to the public activist, they gave the video and photographs of this “repair” to the police, but that was the end of the story.

The information that Lvivgaz is selling pipes was first reported back in 2015, when Kryminalne Chtyvo. Zakhid Editor-in-Chief Vlad Yakushev published a number of resonant journalistic investigations about Lvivgaz’s shady dealings. The police opened a few criminal cases. Public activists picketed the company’s office, and the graffiti signs “Lvivgaz is swindling you” began appearing all over Lviv. So, how events were unfolding after that, who was charged with liability, and what happened to those pipes?

The National Standard of Ukraine states that pipes of this kind are intended for construction and repair of gas supply networks. In other words, for pipelines transmitting gas and laid solely under the ground.

The pipes were delivered to Isker Trade House LLC in Dnipro. According to information by Youcontrol, the company’s founder is Svitlana Hordiienko and director is Alla Kaletnik. This company works closely with many oblgaz (regional gas distribution) companies. In 2017 alone, Isker has won several tenders worth over UAH 5 million in total. It was selling gas meters, component parts, pipeline fittings. Among its customers were Kyivgaz, Rivnegaz, Zakarpatgaz, Dniprogaz and other companies.

“According to contract terms, any information regarding the Parties to these contracts cannot be disclosed without written consent from these Parties”, the company’s response letter states.

As for Lvivgaz itself, they didn’t answer a single question. Mr. Yurii Voisovych sent us a letter even before refusing to provide the comment, stating that the requested information is not public.

“Business entities with dominant market position or which are natural monopolies are considered controllers of information regarding delivery terms and prices for goods and services”, the Chairman of Lvivgaz Board quoted the legislative provision.

In the opinion of the company’s management, transactions with pipes are not related to Lvivgaz’s activity as a natural monopoly, and therefore, could remain confidential. This argumentation may, perhaps, be reasonable. But on the other hand, when paying for gas, consumers also pay for repair and maintenance of supply networks. And the amounts are hefty.

In response to my inquiry regarding access to public information, Dmytro Vovk, Chairman of the National Commission for Regulation of Energy and Utilities Sectors (NCREUS) said that 4.2% of Lvivgaz’s tariff for natural gas distribution services in 2016 was comprised of depreciation deductions which finance projects under Development Plan, in particular, projects concerning replacement, major overhaul and reconstruction of gas distribution pipelines.

According to data by NCREUS (page 2, the penultimate indent), the structure of Lvivgaz PJSC’s tariff for natural gas distribution services approved by the NCREUS Resolution 438 envisaged almost UAH 36 million for depreciation deductions in 2016. However, even though the gas pipeline repair costs are included to the tariff for gas distribution services, NCREUS says (page 4, the penultimate indent): “inspection reports do not mention instances of violation of Ukrainian law in Lvivgaz PJSC’s actions with regard to the matters of pipe sale mentioned in your inquiry”.

By the way, gas transmission network in the Lviv Oblast is one of the most rundown in Ukraine. Thus, according to Lvivgaz PJSC’s financial statements for 2016, the company “operated 4975.572 km of gas distribution pipelines and inlets with expired depreciation period (or 20.13%).”

One of Lvivgaz PJSC’s shareholders is Naftogaz of Ukraine NJSC. What is their take on the sale of pipes intended for construction and repair of gas supply networks? Nothing. I. Prokhorenko, Head of Press Service at the Department for Corporate Communications informed me in writing at the end of the last month that “the Company [Naftogaz] knows nothing about the sale of gas pipes by Lvivgaz PJSC, because Lvivgaz PJSC is an independent party to business relationships, and the Company holds only 25% plus one share in the authorized capital of this company”.

So, Lvivgaz is free to decide at own discretion what pipes to buy and sell. And not only polyethylene, but also metal pipes. The Unified State Register of Court Judgments reveals quite interesting stories concerning this matter. As we learned from the resolution of Yurii Donchenko, an investigative judge of Shevchenkivskyi Raion Court in Lviv, Lvivgaz PJSC and Ukrainian Industrial Metallurgical Company LLC (the buyer) have signed a contract concerning assorted metal pipes worth over one million hryvnias. And the case was brought to court… by Lvivgaz’s employees.

Public activists have learned about the pipes going on sale as well. Andrii Senkovskyi, Head of White Croats (Білі Горвати) organization told me that they had to sweat big time.

“We created two units in two cars, watching two facilities. Our groups were changing. And then, I got a phone call from Oleksandr, our activist, who said that he saw pipes arriving and then being reloaded onto a truck. Our activists stopped this truck near Brody, detained it in a civilian detention act, and asked the driver to show documents. He had no documents at all, so we called the police and made them draw up a protocol”, Andrii Senkovskyi says.

S. Melnyk, an investigative judge of Busk Raion Court in the Lviv Oblast, issued a warrant authorizing the police to examine the facility where the pipes have been reloaded: Lvivgaz PJSC’s Busk Department for Operation of Gas Infrastructure in Krasne village.

The police seized the pipes and placed them in safe custody. There were a lot of pipes, and their list can be found in the resolution of V. Sviridova, an investigative judge of Shevchenkivskyi Raion Court in Lviv. The lot included 826 pieces of DU 25 mm pipes with the total length of 4,956 meters.

In February 2015, the police opened three criminal cases. Lvivgaz PJSC representatives wrote statements and requests to the investigator for recognition of their company as a victim in the transactions with pipes. However, as follows from the Unified State Register of Court Judgments, the police thought on the contrary. Thus, I. Stepanenko, Senior Investigator at Shevchenkivskyi Raion Police Department in Lviv stated in his resolution that the contract between Lvivgaz PJSC and Ukrainian Industrial Metallurgical Company LLC was made by the chairman of the board himself, and therefore, he believes that Lvivgaz cannot be considered a victim in this criminal case.

No more information regarding further developments in this case could be found in the court register. That’s because, as one could expect, the criminal investigations are no longer on the agenda. They are now closed. A. Tkachyk, Deputy Chief of Investigation Department at the Main Directorate of the National Police for the Lviv Oblast said that all three criminal cases were closed under Article 284 (1) (2) of the Code of Criminal Procedure of Ukraine, stating that criminal investigation against a legal entity shall be closed if no evidence of criminal offense was found in that legal entity’s actions.

A. Tkachyk also said that pretrial investigation against Lvivgaz was also conducted under the fourth criminal case: fictitious write-off of gas equipment for the purpose of sale and personal enrichment. But that criminal case was closed as well.

By the way, the situation with metal pipes which Lvivgaz PJSC sold to Ukrainian Industrial Metallurgical Company LLC found its continuation. The metallurgical company went bankrupt, and Lvivgaz is still litigating them, trying to collect the debt owed for metal pipes. The figure we’re talking about is almost 600 thousand hryvnias.

No response to our inquiry was ever received from Ukrainian Industrial Metallurgical Company LLC. According to information from Youcontrol, the company changed its place of registration. A search of the company’s representatives yielded nothing: the available telephone numbers were old, Kharkiv-based, and the company’s website is down.

In the meantime, prosecutors didn’t find any violations in the sale of metal pipes by Lvivgaz as well. S. Yanchyshyn, the head of the Lviv prosecutor’s office No 2 said that in the course of pretrial investigation, “all actions have been taken as required by the Code of Criminal Procedure of Ukraine; in particular, requests were approved, written instructions were issued to investigators, field conferences and hearings of these criminal investigations were held, etc.”

Response from the prosecution

Prosecutors have even thoroughly reviewed the decision to close the criminal cases, and left everything as is.

…We have learned from the Unified State Register of Court Judgments and the available waybills that under two contracts alone, Lvivgaz PJSC has sold over 10 kilometers of gas pipes, which could have been used to repair gas distribution systems. Despite the statements and complaints from the company’s employees, numerous journalistic investigations and efforts from public activists, neither police nor prosecutors were able to prove the existence of criminal offenses in these actions of the company’s officials.

Lvivgaz PJSC’s suspicious transactions with pipes became possible because of the absence of control on part of Naftogaz of Ukraine NJSC as a shareholder and NCREUS as a regulator. In addition, NCREUS must monitor purchase-sale transactions of this kind, involving gas pipes that could be used in construction or repair of gas pipelines. And in this respect, the experience and efforts of local public activists, wide media coverage of these facts and statements to the police may prevent such actions on part of oblgaz companies.

*This investigation was conducted as part of the USAID project “Transparent Energy Sector”. The opinions expressed in this article are those of the author and do not necessarily represent those of the United States Agency for International Development and DiXi Group analytical center.* 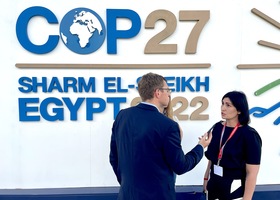