The Verkhovna Rada of Ukraine supported the bill No. 6229 on transparency in the extractive industries. 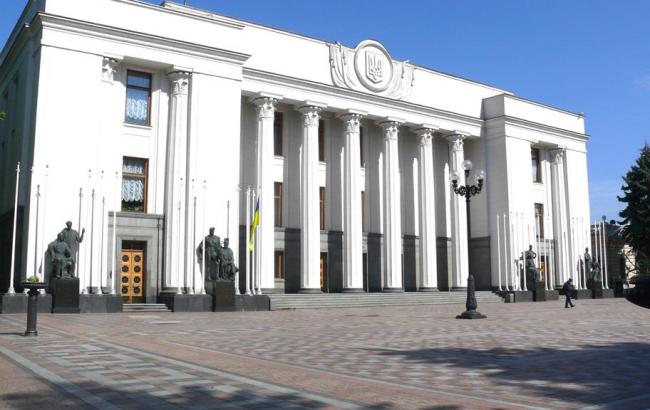 "For" the adoption of the draft law as a basis voted 231 deputies.

The draft law was developed to implement international standards and best practices for the extractive industries in accordance with the Extractive Industries Transparency Initiative.

Acoording to the explanatory note, adoption of the law will ensure transparency in resource management, and will enable public analysis of tax and administrative burden of economic entities operating in the extractive industries, as well as need for investments.

Parent companies in the extractive industries that are registered in Ukraine, since the entry into force of the law, will form consolidated financial statements.

Producers will be required to disclose their payments and production reports annually, no later than on September 1 following the end of the relevant reporting period.

Extraction companies will also be obliged to place electronic copies of special permits for the use of subsoil on their websites.

In turn, the Ministry of Energy will be obliged to publish on its official website electronic copies of issued special permits and information on the essential terms of agreements on subsoil use. 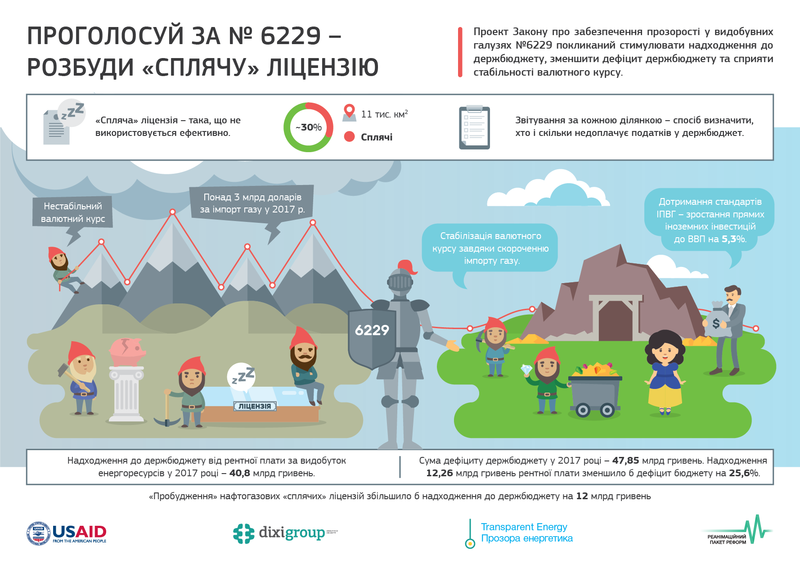 According to the DiXi Group think tank, the bill №6229 will stimulate revenues, reduce budget deficit and promote stability of the exchange rate.

In total, more than 70 special permits, with total area of ​​more than 11 thousand km2 (~ 30% of all licensed areas), can be classified as "sleeping", ie those that are not used effectively. The law provides reporting for each license and will allow to determine who are not paying taxes in the state budget.

According to the analysts, state budget rental income from the extraction of oil, gas and gas condensate in 2017 amounted to 40.8 billion hryvnia. If the sleeping licenses were working, the state budget would receive additionaly approximately 12.26 billion hryvnia of rental payments. If other taxes are taken into account, this figure can be much higher.

Also, the bill on transparency in the extractive industries implements the best practices of the EITI standard, which means the country's growth of direct foreign investment in GDP by 5.3%, according to economic research.

EITI is an independent  internationally supported standard for transparency in the extractive industries, which is being implemented in 51 countries of the world, including Kazakhstan, Norway, Great Britain, Germany, USA, etc.