Ukraine may replace fuel supplies from Russia by sea supplies

The capacity of oil terminals in the seaports of Ukraine allow to increase the volumes of oil products refining multiple times today. This was stated by Volodymyr Omelian, Minister of Infrastructure of Ukraine.

“We have repeatedly heard that Ukraine will freeze without Russian gas, now we hear that the supply of diesel fuel will be suspended and we will be absorbed by chaos, collapse and shortages. We want to assure you that there are no threats,” Omelian said during a joint briefing with Andrii Herus, the Presidential representative in parliament.

Recall that in the spring 2019, the Russian government tightened economic sanctions against Ukraine, in particular – traders must receive permission of the Russian Ministry of Economic Development for import fuel and coal to Ukraine.

Similar
Redirection of Russian gas to the territory of Ukraine may be viable
06 May 2022
Ukrtransnafta estimates weekly revenue loss from suspension of oil transit at EUR 1 mln
14 May 2019
Šefčovič announced the date of trilateral talks on gas transit through Ukraine
09 September 2019
Russia's share in diesel fuel supplies to Ukraine will drop to 15-25%
06 August 2019
Popular: 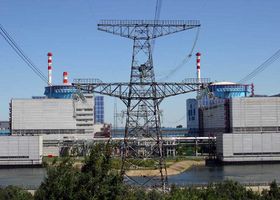