“Pleased to announce that I will host the next round of #TrateralGasTalks on 19 September. I am convinced that progress would send a strong positive signal to market as well as consumers ahead of the winter season,” Šefčovič wrote.

Recall that in 2019 contracts between Naftogaz and Gazprom for the purchase and transit of Russian gas will expire. Against the background of Gazprom's construction of gas pipelines bypassing the Ukrainian GTS, there is a risk of stopping or restricting transit through Ukraine.

Since the beginning of 2019, there has been an increase in gas transit volumes from Russia to Europe. Naftogaz links this trend with the increase in gas injection to underground storage facilities in Europe amid uncertainty about the fate of gas transit through Ukraine.

In turn, Ukraine has announced a plan to accumulate about 20 billion cubic meters of natural gas in its own storage facilities and tests the reverse operation of the gas transmission system. 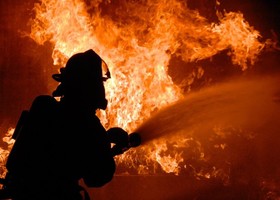