DiXi Group: creation of the Decarbonization Fund is a step in the right direction

In order to achieve significant effect in decarbonization of the economy, the government will have to take into account certain important aspects of filling the Decarbonization Fund, DiXi Group expert Daryna Kulaha wrote in her commentary. 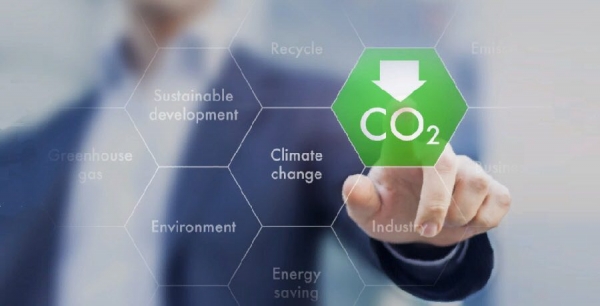 “Overall, the Energy Ministry’s proposal is essentially a step in the right direction, because it actually has the purpose of spending the greenhouse gas emission charge specifically on reducing emissions of those very greenhouse gases,” the expert wrote in her commentary on DiXi Group website. “In the past, СО2 emission tax was remitted to the general fund of the state budget and was “diluted” in it, because it had no specific purpose. But now, it was proposed to create a separate budget item for the Fund and place it under administration of the State Agency for Energy Efficiency and Energy Conservation. The government’s desire to avoid establishing new institutions and incurring additional administrative costs is also a plus. The support for “green” transition funded by emission tax will send the right signals to the market: the polluter pays, and development of sustainable and low-carbon projects receives support. However, to achieve significant effect in decarbonization of the economy, the government will have to take into account certain important aspects.”

The major issue is the Fund’s future amount, i.e., whether it will have enough money to implement projects in the seven planned areas. An important aspect is the fact that the carbon tax regulation applies only to enterprises whose emissions exceed 500 tons per year, and the amendment introduced in 2018 relieves polluters from the requirement to pay for the first 500 tons, even if their emissions exceed this threshold.

“Therefore, an enterprise emitting 501 tons of carbon dioxide will pay tax on only one ton,” DiXi Group expert Daryna Kulaha pointed out. “Overall, budget revenues from carbon dioxide tax aren’t that large. Thus, the draft law 4347 envisages that in 2021, the state budget will receive almost UAH 2.7 billion in environmental tax charged on emissions. In addition, the draft law states that only 50% of this revenue will be remitted to the Fund. This amount is critically low to cause any systemic shifts toward decarbonization of the economy,” the commentary stresses.

The amount of the Fund’s revenues can be increased, firstly, by allocating the full amount of carbon tax remittances to it, and secondly, by raising the rate of the tax itself.

“Presently, the tax rate is 10 hryvnias (0.3 euros) per ton of emissions, which is one of the lowest levels of СО2 tax in Europe, above Poland only. For example, the rate of this tax in Latvia is almost 9 euros per ton, in Spain 14 euros, and in European countries overall it exceeds 20 euros per ton,” Daryna Kulaha wrote. “If the draft law 4347 is passed, the rate will increase to 30 hryvnias per ton. However, in order to effectively stimulate reduction of greenhouse gas emissions, Ukraine must raise the tax rate to at least 2-3 euros per ton, which can be done in phases within 3-5 years.”

In the expert’s opinion, it would also create more space for investment activity and subsidization of climate projects from the Fund. For one of its goals is to reduce carbon intensity of Ukrainian products and avoid carbon tax on imports, which the EU may introduce already in 2021. “With one billion hryvnias, it will be hard for Ukraine to significantly lower the carbon content of its exports to European countries, because much higher sums are required for that,” Daryna Kulaha stressed.