In general, the share of generation that does not produce greenhouse gas emissions covered 83% of total consumption in Ukraine on this day 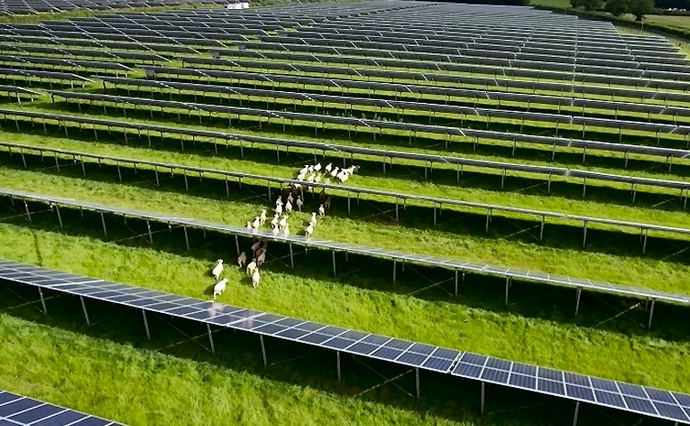 On 11 May, the volume of electricity generated by large hydro and green tariff generation (WPS, SPP, biogas plants, etc.) for the first time exceeded the volume of production by TPPs and CHPPs. This is evidenced by the data of the Online Map of the Energy Sector.

In particular, on 11 May, the volume of electricity produced by renewable generation exceeded thermal energy by 8.9% or 6.8 thousand MWh. This is the first time such an event has taken place in Ukraine.

Analysts of the Online Map note that in the total energy mix the share of generation from renewable energy sources was 21.9%, while thermal energy sources – 20.1% on this day. Starting from 2017, with the growth of installed capacity, primarily wind and solar power plants, there is a seasonal trend, when, starting from April until the occurrence of summer highs, schedules of production by thermal generation and from renewable sources approached.

Every year, the number of months, when the generation volumes approached, gradually increased: from 2 months in 2017 to 6 months in 2020.

The difference between the volumes of electricity produced by thermal generation and from renewable sources can be seen more clearly by hours:

According to Oleksandr Martyniuk, Acting Director General of the Energy Markets Directorate of the Ministry of Energy, in general, the share of generation that does not produce greenhouse gas emissions covered 83% of total consumption in Ukraine on this day.

“Together with nuclear energy, which is also classified as low-carbon (+219.4 million kWh), the share of generation that does not produce greenhouse gas emissions covered 83% of total consumption in Ukraine on this day! In fact, in the production of every four out of five kWh consumed, not a single kilogram of CO2 or other harmful gases was emitted directly! According to this indicator, we are currently among the leading countries, ahead of, for example, UK, Germany or Italy,” Martyniuk wrote on Facebook.

At the same time, he drew attention that on 11 May, the transmission system operator limited the production of green electricity because Ukraine’s power system would not be able to accept the entire volume of production.

“On 11 May 2021, in the period from 10:46 am to 1:00 pm, in order to ensure the balance reliability of the UES of Ukraine, the system operator gave orders to unload renewable energy facilities with a total capacity of 1.5 GW, which were canceled in several stages from 3:39 pm to 5:20 pm. Potentially, this is another 5 to 6 million kWh of unproduced electricity,” Martyniuk mentioned.

Let’s remind that during six days from 11 to 16 May, Ukrenergo NPC applied SPS and WPS dispatching restrictions four times with a maximum value of 1,676 MW.