Gas tariffs: instead of one step backwards, an opportunity to take five steps forwards 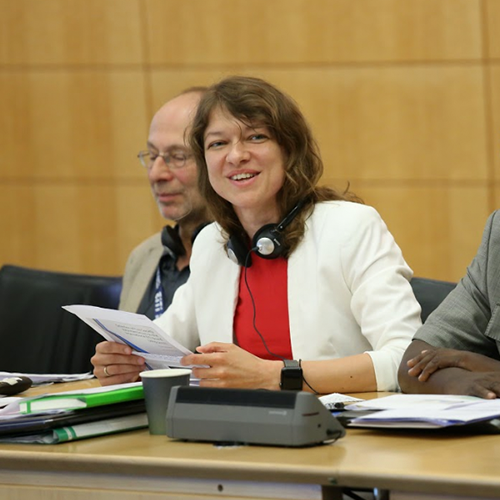 When in 2016 Prime Minister Volodymyr Groysman raised the price for households to 6.9 thousand UAH per tcm and called it a market price, he probably expected it to launch competition in the sector, enable private consumers to select a supplier, and de-facto shape up the gas market. Representatives of some companies were of the same opinion: all you have to do is to raise the price, and the rest will happen by itself. But despite the interest from potential new suppliers, the “battle for the consumer” did not occur back then.

Answering the question why companies do not want to work with private customers, we were told about complex debt settlements (especially where subsidies are involved), the absence of access to the customer database (one could create one’s own from scratch, but that needed time and money), and the lack of confidence that the rules will remain stable for a long time in order to plan one’s work.

But in fact, from the day of adopting the Law on the Gas Market and till present time, a lot has been done to make sure that this market does exist in Ukraine. And we definitely should not diminish the significance of the entire work that has already been done — in legislative field, as regards regulation and subsidization, or to create a greater number of suppliers in the sector. We tried to solve a lot of problems, but not all of them could be eliminated instantaneously and in full.

When a market is launched, many problems begin to appear – problems which could not be identified beforehand. At that moment, the government and all parties concerned face the dilemma: either providing an adequate response to problems and furthering market development, or getting back to “square one”. The latter option appears to be a simpler solution, because it seems that problems will go away as easily as they appeared.

However, getting back to “square one” won’t give answers to painful questions, but only temporarily delay their tackling. Moreover, it would add more problems, which will also have to be dealt with in the future.

Firstly, it may become an alarming signal for potential market participants. They will see that our market remains unstable and prone to high risks, and that the government may intervene at any time.

Secondly, the existing market participants will stop thinking about the future and their market behavior. They will have to focus on optimizing the expenses permitted to them.

Thirdly, those active consumers who keep an eye on market fluctuations and calculate their savings in advance will also feel not very comfortable.

Nonetheless, sooner or later we will have to get back to market relationships anyway. And would anyone want to answer again the same questions, which during the delay may only become more acute?

But if we are to think constructively, there are several effective options to avoid getting back to “square one”, tackle problems and move further with market development.

1. Selling gas of state-owned Ukrgazvydobuvannia at a commodity exchange. This proposal isn’t something new – the gas release program has been discussed for many years. What will it bring? The sale of gas owned by Ukrgazvydobuvannia and other extraction companies, and of imported resource, at a commodity exchange would produce a market price that better reflects Ukrainian realities.

2. Gas-related public awareness campaigns, and implementation of price comparison tools. In the EU, enabling consumers to have access to information about price offers in order to make an informed choice is a legislative requirement. By the way, last month the National Council for Television and Radio Broadcasting denied DiXi Group’s request for recognition of one of our videos about the gas market as a social advertisement. How could the public at large be taught to use the gas market in these conditions?

3. Forming a single consumer database, clearly defining the “vulnerable consumers” category, consistently regulating the reduced gas price. Until that happens, the practice of government regulation of gas prices will remain questionable. But in fact, the price intervention tool exists in EU states as well (for the majority of population, mostly in countries of Eastern Europe). However, the procedure of, and reasons for, these decisions are clearly described. In addition, there is a clear action plan of lifting restrictions, and therefore, consumers know how long the period of government regulation will last.

4. Transparent tariffing of gas distribution service through audit of the condition of gas pipelines. This audit can indeed help understand how high the distribution tariffs should be. We also need more information about fulfilment of investment programs.

Expert community already discussed several approaches to making the picture of the condition of gas pipelines public. But as we can see, these discussions did not yield concrete results. Obviously, public funds won’t be enough for these measures, but this activity justifies the seeking of funds from international financial organizations.

5. Opening information about the gas market, which must be public by default. We already wrote that we are unable to prepare a rating of gas suppliers (like we did with the rating of electricity suppliers), because oblgaz companies classify their reports as commercial information. But of course, this is not a question of ratings. If we want to enable market participants to make informed decisions, public data must be accessible.

If you want to dig deeper into this matter, here’s the link to ACER monitoring concerning protection of energy consumers in EU states. Look for the page 46, about public price intervention.

As we can see, key instruments of improving the state of affairs have nothing to do with returning to price regulation. Transparency (banal but important) and reasonability of every decision, detailed information about the state of affairs in the market, and public dialogue — that’s the key to the solution of many problems which the free market revealed (not created).

It is up to the government to either help the market and consumers live through the most difficult period to finally tap into numerous advantages of a free gas market, or roll the reform back.

Similar
According to an expert, Russia will not transport gas simultaneously through NS 2 and Ukraine
26 May 2021
Expert: The energy system needs 250 million euros monthly support
14 April 2022
DiXi Group urges improvement of draft laws on the housing and utilities inspectorate
16 January 2021
Consumers in the EU become more active participants of the gas market: expert
08 September 2020
Popular: