How long will Ukraine remain low-performing in the extractive industry?

Why is Ukraine still not as investment-attractive as we would like it to be? Why did the Ukrainian extractive industry receive, according to an independent expert opinion, only 49 points out of 100 and how can the situation be improved? 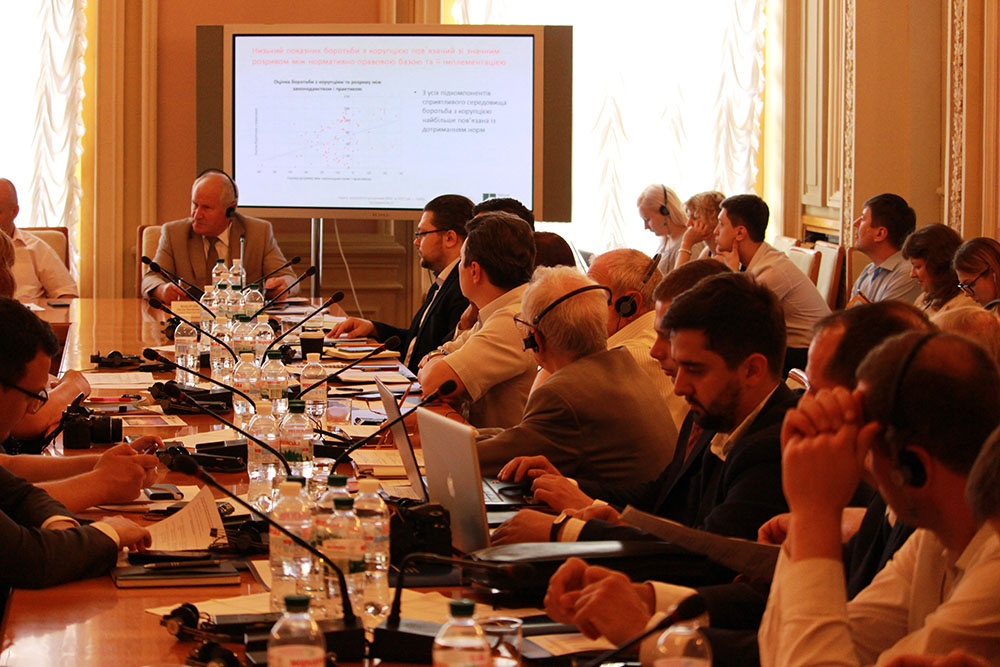 This was discussed within the framework of the meeting of the Committee on Fuel and Energy Complex of the Verkhovna Rada of Ukraine "Ukraine and Resource Governance Index: What Kind of Solutions Does the Extractive Industry Need?"

The event took place on July 12 and was organized by the DiXi Group Think Tank with the support of the Natural Resource Governance Institute (NRGI).

The Resource Governance Index (RGI) is not just another rating that allows assessing Ukraine's position among other countries in terms of the efficiency of public policy. It is a tool by which to measure and figure out specific manifestations of policies in such areas as subsoil use, fiscal management, budget planning, disclosure of information, and many other indicators affecting business climate and demonstrating the efficiency of managing the industry as a whole. 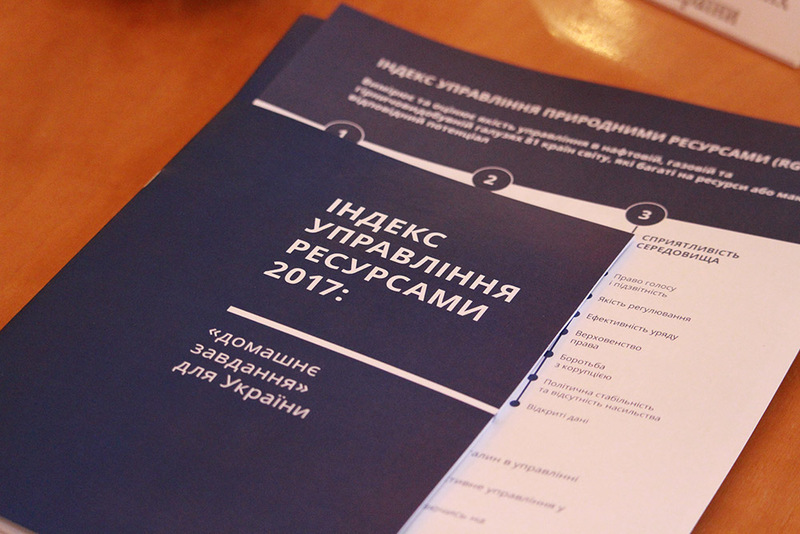 The Resource Governance Index (RGI) can easily be compared to the EIT (External Independent Testing), which all Ukrainian school leavers have recently completed. The applicants received grades for their knowledge of the Ukrainian language, history and mathematics, while different countries of the world (89 countries) have been evaluated under the Index for the efficiency of using resource potential, revenue management and environment favorableness.

As for an entrant, the grade point average is very important for entering a prestigious university, and for countries the Index indicates how well they manage their natural resources. It affects the business environment of the energy sector, and, hence, its investment attractiveness.

The "average score" of Ukraine under the Index is 49 out of 100. If you translate this into the 12-point school system, then it's only 6 points. As you know, students with such points cannot expect to continue their education at a prestigious university.

With respect to some areas such as licensing, Ukraine left behind such "students" as Great Britain and Norway, while for others – for example, fighting corruption and political stability – it received solid "failing" grade.

Oleksandr Dombrovskyi, Acting Chairperson of the Committee of the Verkhovna Rada of Ukraine on Fuel and Energy Complex, Nuclear Policy and Nuclear Safety, said: "As for the Index, one of its key indicators is revenue management. For us, Norway's experience is indicative here [84 points out of 100 – author's note] and it can be successfully taken on board in Ukraine. At the moment, the lack of "rules of the game" in the market remains our main problem. It is extremely important to open the market for both private domestic and foreign investors. It is also important to support the development of the largest producer in Ukraine – Ukrgazvydobuvannia PJSC." 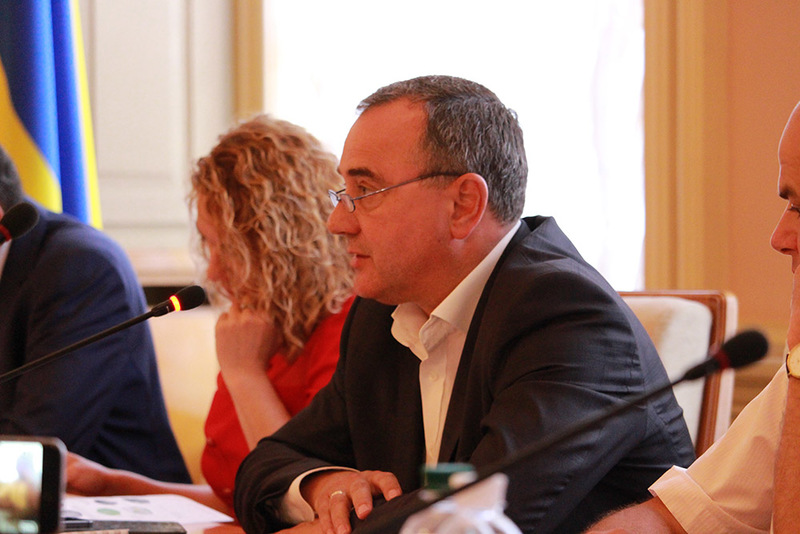 Oleh Prokhorenko, Ukrgazvydobuvannia PJSC's Head of the Board, emphasized that at present the company produces 75% of natural gas in the country and is the largest gas extraction company in Eastern Europe: "Now we are transforming the company and expect to increase gas production by 600 million cubic meters this year. This year, we have already increased the production by 171 million cubic meters. At the moment, our goal is 15.2 billion, which will be achieved due to deregulation and removal of many barriers. We have outlined several areas where there are problems: Firstly, it is the issuance of new special permits. This is a critical situation, which requires immediate solution, because sometimes the procedure for receiving such permits takes 2-3 years. There are a lot of inconsistencies in the legislation that do not allow full-scale production development. It's a shame to hear how successful such countries as India and Columbia are, the latter being among the top ten in the RGI 2017. Compared to them, we do not work, we do not produce", summed up Oleh Prokhorenko. As regards the RGI 2017, the Head of the Board of Ukrgazvydobuvannia PJSC added that the extractive industry has long needed something like the DoingBusiness rating: "I have said many times that Ukraine needs such an Index, because it is very specific: due to it, the figures show those areas where you can improve; there is a comparison with other countries. It is clear where one should move and what steps he or she should take in the first turn.

Olha Belkova, Deputy Chairperson of the Verkhovna Rada Committee on Fuel and Energy Complex, in her turn, added that Ukraine got the best score of the Index for managing state-owned companies [76 points out of 100 – author's note]. At the same time, according to Olha Belkova, our state still has potential for development, and the main steps to be taken soon include adoption of the draft law "On Amending Certain Ukrainian Laws on the Simplification of Certain Aspects of the Oil and Gas Industry" (No. 3096): "Extractive companies constantly face problems with acquiring rights to land plots for the needs related to their activities. In practice, the procedure for allocating land plots to meet the needs of companies can last 2-5 years. The draft law will allow significant simplification of such procedures. That is why its adoption is now our common task," said the Member of Parliament. 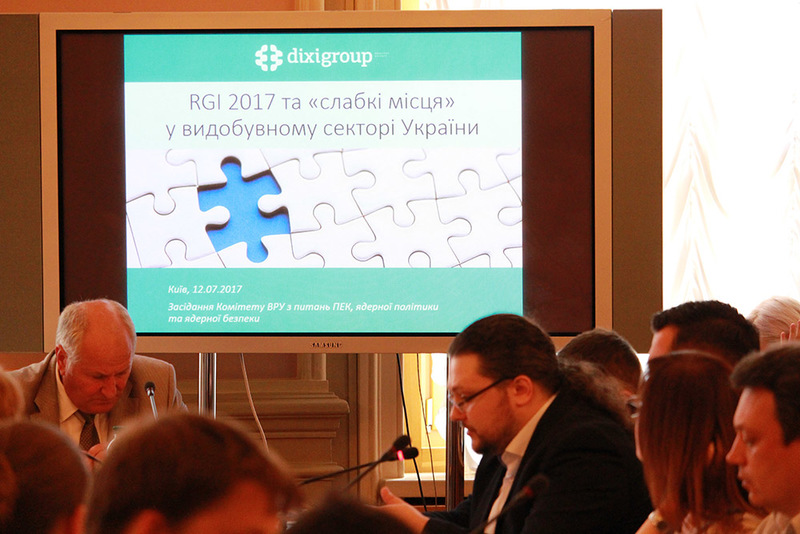 Roman Nitsovych, DiXi Group Think Tank Program Manager, also stressed the need for adopting such draft law: "As regards land use, now there are more than 80 draft laws related to this issue in the Verkhovna Rada of Ukraine. Draft law No. 3096 will be able to solve the land use issue, which is currently one of the most painful for the extractive industry." The expert also stressed the need to adopt draft law No. 6229 "On Enhancing Transparency in Extractive Industries of Ukraine", which would enable the citizens to discover new information and create the basis for a greater trust between communities, authorities and business. 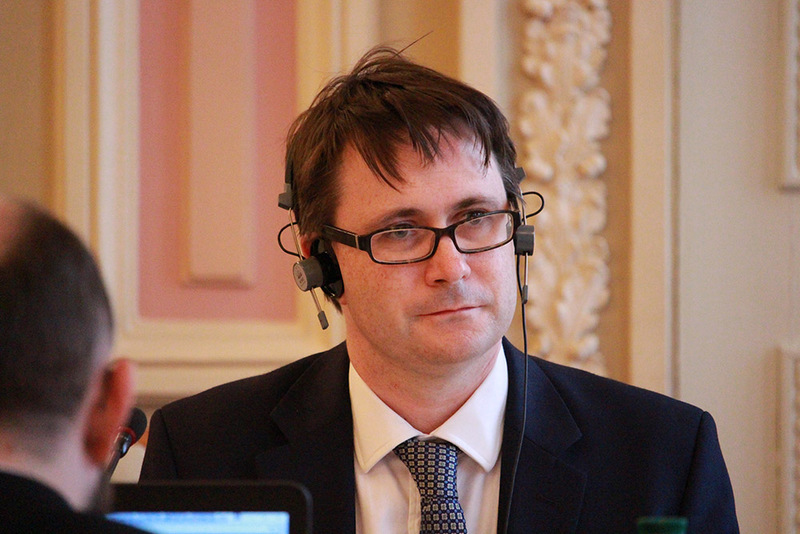 Rob Pitman, an expert of the Natural Resource Governance Institute, said in his speech that RGI 2017, which covers 82% of oil production and 72% of gas production, has shown that most countries still face problems with managing natural resources. In addition, the Index "recorded" poor corruption control of the authorities, as well as a low level of data openness: "Only 7 countries out of 81 evaluated have open data portals. Currently, a negative trend can be observed: data on the extractive industries are not as open as data on other industries. Disclosure of beneficial owners will also contribute to the enhancement of transparency: currently, only 6 countries have the relevant legislation, 17 are only beginning to disclose these data, but in most countries this information remains a "white spot," said Rob Pitman.

According to Roman Opimakh, Executive Director of the Ukrainian Association of Gas Producers, the focus is currently being shifted in the energy sector worldwide: more and more attention is being paid to renewable energy: "Under the most optimistic scenario, oil and gas will play a really important role for a maximum of 50 years. Therefore, it is now the best time to improve its performance according to the Index," he concluded.

Dina Narezhneva, Chairperson of the EITI National Secretariat in Ukraine, in her turn, emphasized that the improvement of Ukraine's indicators according to the Index should take place "in a real way: due to qualitative changes in the legislation and efficiency of natural resource management". At the same time, the Chairperson of the EITI National Secretariat urged the companies not only to disclose the information in response to the requests, but also to be initiators in such issues: "I would like to call all companies and public authorities not just for disclosing the information in response to our requests, but also for being a real driver of change," added Dina Narezhneva.

Summarizing the above, experts and representatives of the governmental authorities emphasized the need for concrete steps to remove barriers in the extractive industries.

"This is the first time that Ukraine has got to the RGI, so we treat the Index as a tool that indicates specific problems. These gaps should be removed before the next evaluation. Today we discussed what legislative steps are required for this," said Roman Nitsovych, DiXi Group Project Manager.

"At the same time, qualitative changes in the area of subsoil use and management of incomes received from extraction require efforts of all branches of government. Therefore, the DiXi Group analysts are preparing a "road map" for changes based on the recommendations of the RGI and previous developments of Ukrainian reformers," he added.

Oleksandr Dombrovskyi, in his turn, added that, in a maximum of 1.5 month, the first-priority actions on reforming the system of subsoil use will be considered on the basis of the Committee on Fuel and Energy Complex.

Similar
Valigura: The suspension of Ukraine’s membership in EITI would send a negative signal to international investors
30 October 2019
Dixi Group expert: gas issues should not be a part of the "Normandy talks"
15 October 2019
Šefčovič announced the date of trilateral talks on gas transit through Ukraine
09 September 2019
Rada adopted as a basis the draft law on transparency in extractive industries
02 March 2018
Popular: