Open contracts in the extractive sector in Ukraine. What’s next?

How to make Ukrainians active and professional participants in the dialogue on socially beneficial and effective management of natural resources, - DiXi Group President Olena Pavlenko 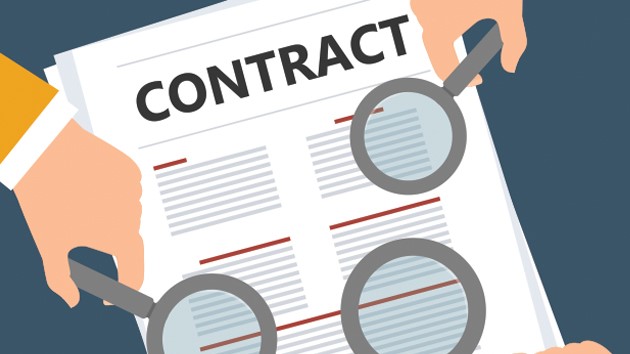 On 16 December 2021, the Verkhovna Rada passed a law that should equate Ukraine in terms of transparency of the extractive sector with the countries with the best world practices, such as Mexico, the Netherlands, Germany, UK, Mongolia and others. The new law stipulates that agreements to be signed for the extraction of minerals of national significance (Article 6 of the Subsoil Code of Ukraine) must be public, which means that the government must make copies of such agreements with all attachments available on the websites of relevant authorities. From now on, Ukrainian citizens who own subsoil will have the opportunity to better understand how this subsoil is used and how it is managed by companies and the government.

The path to transparent management of the extractive sector in Ukraine has been paved for more than ten years. This result would not have been possible without the goodwill of all parties involved, namely companies, public organizations, governments (together with nine shifting ministers of energy). The introduction of open contracts in Ukraine’s extractive sector is an example of how individuals made history, not just “how things turned out”. And each of them contributed their time, knowledge, ideas, money and faith in success.

This is also an example of the fact that there are no “black” and “white”, “bad” and “good” in the process of reform. Sometimes support for an idea may not be found at the level of the company’s management, but it can be supported at the level of managers, and they will report the right arguments. The same goes for the government, meaning that even if one of the high-ranking officials is not interested in specific changes (for various reasons), it does not mean that the whole ministry is “bad” and a “war” must be declared on the entire ministerial vertical. In the process of reforming the extractive sector, we were supported by many officers of various ministries, who, in the end, formed the “backbone” of the team, which implemented changes at the level of the government.

The process of introducing open contracts is also an example of the fact that reform “should be eaten in pieces”. Initially, Ukraine joined the International Standard for the Extractive Industries Transparency Initiative (EITI) in 2013, which provided for virtually voluntary opening of information by both companies and the government. Then a minor but very important law was passed, which provided for the data opening only in the field of gas production. Following the lessons learned from the law introduced, a more comprehensive draft law was prepared, which not only provided for data opening throughout in the whole extractive sector but also described the procedure for multilateral cooperation between companies, government and the public, and the annual preparation of the EITI Report. This law had to be prepared and advocated for about four years; the details of its adoption are described in a separate publication.

The adoption of the framework law did not mean its immediate implementation – the practical implementation had to wait another two years. And already in the course of its implementation based on the principle of “Japanese paths”, a third draft law was developed, which not only took into account the problematic aspects of the EITI Standard implementation but also introduced the latest requirements: – full opening of contracts, taking into account gender aspects in reporting, greater attention to environmental issues of extractive activities. As of today, the legislation of Ukraine can truly be considered one of the most progressive in the world in terms of transparency and accountability.

The process of introducing transparency in the extractive sector of Ukraine

What is next? Why was this reform implemented? Why do all of us, Ukrainian citizens, need it at all?

First of all, access to information is a rule that should apply regardless of who is in office and what decisions they make. The opportunity to obtain the necessary information is the right of everyone, and this right should be achieved without effort, long waits, requests or, even more so, bribes. The more available data on the state of affairs in the sector, the more impartial the assessment by journalists and communities will be, the more difficult it will be for the government to deceive or manipulate the public opinion. And we all want an honest and open dialogue between the government and the citizens, right?

Secondly, open contracts are an opportunity to assess how effectively the government has disposed of what is owned by the people – the subsoil. For a long time, international companies did not want to open deals anywhere in the world, as this allegedly prevented them from competing with others (probably Chinese companies) that agreed to be more closed and allowed additional money laundering schemes to be hidden in extractive contracts. However, in the end, the companies themselves began to conclude that publishing a contract is more profitable in the long run, as it allows protecting businesses from public conflicts and community discontent in extractive countries. As a result, open agreements on risk instruments have become a tool for protection against corrupt governments and dialogue with the citizens of these countries.

Thirdly, open contacts and available information become tools that enable citizens to participate more actively in decisions about how to make the management of natural resources in their country environmentally friendly, socially beneficial and efficient. Instead of fighting the government after corruption is detected, there is a chance to create the conditions to prevent this corruption. With almost the same level of information the government has, citizens can both independently monitor and assist the government with advice or ideas on improving natural resource management. But, of course, provided that they have the opportunity to do so under the conditions of democratic institutions and procedures.

Maybe, all the aforementioned parties should join such a task. Only then will the information already available be used for policy analysis, proposal development and corruption prevention. The tools are already on the table. Now we need more those who will be able to use these tools.

Similar
A draft law on transparency of extractive industries registered in the Verkhovna Rada
03 July 2020
Expert: the PSA regime benefits both the government and the investor
06 November 2020
Valigura: The suspension of Ukraine’s membership in EITI would send a negative signal to international investors
30 October 2019
A pilot project of electronic EITI reporting will be launched in February 2020
20 December 2019
Popular: