Hryhoriy Plachkov is a former head of the State Nuclear Regulatory Inspectorate of Ukraine. He also used to work in the state Energoatomand Ukrenergo and private company DTEK. He was also head of division in the Ministry of energy and the coal industry 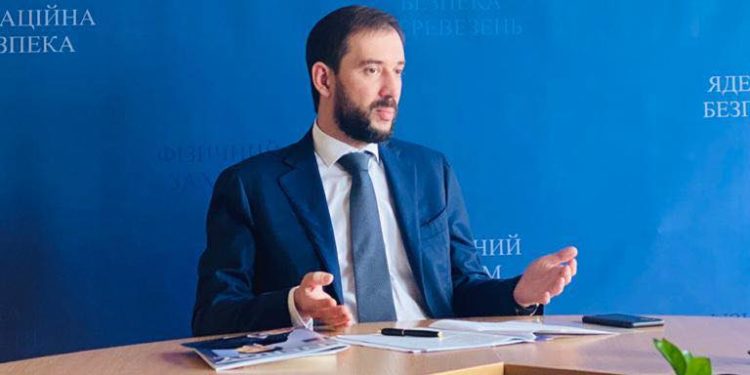 What consequences can, in theory, be the worst after the seizure of the nuclear power plant in operation?

- According to the official information, the shelling resulted in a hit of the dry storage of spent nuclear fuel. Unit no.1 of the Zaporizhzhya NPP was hit. It is hard to assess loss from shelling, but the radiation level is normal according to control and regulatory bodies. The further consequences can hardly be forecasted. It was never the case that a country in the IAEA conventions attacks the other country. It has never happened in the world before that a country seized yards of nuclear power plants of another country. The actions of the Russian federation are absolute nonsense, and it is fully inadmissible.

Russia itself will be seriously harmed as well in case of something...

- The State Scientific and Technical Center for Nuclear and Radiation Safety and the State Nuclear Regulatory Inspectorate of Ukraine modeled the situation of a possible release of radioactive substances. If I were the Russian federation, I would not play around with nuclear facilities. In the next three days, everything will fly to Russia.

Are the Zaporizhzhya nuclear plant units more secured than those of the Chornobyl NPP?

- Yes, and it is comforting that VVER-1000 project at ZNPP is secure compared to those at Chornobyl NPP. There we have high-power pressure-tube reactors (RBMK type). Three of them (the 1st, 2nd and 3rd) are in the process of decommissioning. The fourth unit is wrecked with secure confinement over it.
The shelled unit no.1 of ZNPP was in a lengthy repair and did not have fuel in the active zone. However, the fuel remains in the plant cooling down ponds. That is why quite a severe threat nevertheless exists. I want to stress that all these objects were designed for times of peace. Not for exploitation during warfare. Despite the buildings being quite strong, especially VVER-1000, one can't foresee consequences when units are hit straight.

How secure is the dry spent nuclear fuel storage?

- One hundred and fifty containers with spent fuel are currently located in the storage. They were designed to withstand quite a serious impact, including earthquakes and fires. The risks are nevertheless high.

What happens with personnel? Those professionals at the Chornobyl NPP have not been rotated for 10 days.
– It is indeed so, and this is very wrong. The licensed personnel needs rotation. They are irradiated; they are getting exhausted. The Russian army itself does not understand where it is located and what the threat is. The plant personnel consists of high-qualified professionals with higher education. Next to them are the boys of 18-20 years old.

Can Russia, in theory, bring its Rosatom personnel to replace our professionals?
-The equipment is different. The units were modernized differently, and the equipment is unique. To access the unit control desk, the personnel get prepared during 8-10 years. That is why it is highly unlikely that Russians can replace lengthy and uniquely trained personnel. It is a technical suicide.

Are there any international rules that regulate the management of nuclear facilities during warfare?

- All international documents say this is impossible. Such scenarios were not considered. Everything has to be made according to international commitments the countries made. Russia is the same IAEA participant as Ukraine. It also ratified conventions on nuclear energy, nuclear waste, and nuclear fuel management, as well as conventions on physical protection, emergency informing, protocols on nuclear weapons proliferation, as well as Ukraine did.

- Judging from the latest reports, the sky over us will hardly be closed soon. That’s why the civilized world has to use all available methods to pressure Russia to take the army out of the yards of nuclear plants and let personnel peacefully do their job and not be at gunpoint.

The next step is to exclude them from all possible international organizations. This is a complicated issue as the world has never faced this. Is there a procedure for exclusion from the IAEA? It is one thing when capacities are used to store nuclear weapons. But the case is about “peaceful” atom... This can’t be put into any civilized framework. The issue is also that Russia is quite self-sufficient. They have a closed production loop. The weak spot is uranium supply. Russia has practically no own resource, and it is bought from Kazakhstan, a world leader in mining. One more possible step is to sanction Rosatom. Stop full cooperation with Russia. Ban technology exchange.

Will the countries where Russian units are in operation or construction follow the path of Ukraine and diversify supplies of nuclear fuel?
– This is not that easy, but still possible. The unit needs to be modernized, respective hardware and software need to be installed. We still can’t transfer the VVER-440 reactors to another fuel. The plants have enough fuel reserves for 1,5 – 2 years. During this time, something can be invented (the project on fuel production for VVER-440 is in work at Westinghouse at the request of Ukraine - Ukrainian Energy).

The last question is about the visit of IAEA general director Rafael Grossi. Will the Agency be able to gain any real results from Russia?
- It is unlikely. Let’s begin with asking who will ensure the safety of the IAEA general director? Ukrainian citizens themselves can’t travel the country safely. But the IAEA messages are correct. In the future, the world has to seriously reconsider everything that is connected to nuclear and radiation safety. There are many things that need to be made stronger towards the countries that do not follow the rules. But now, the most important and firsthand task is to bring peace back.